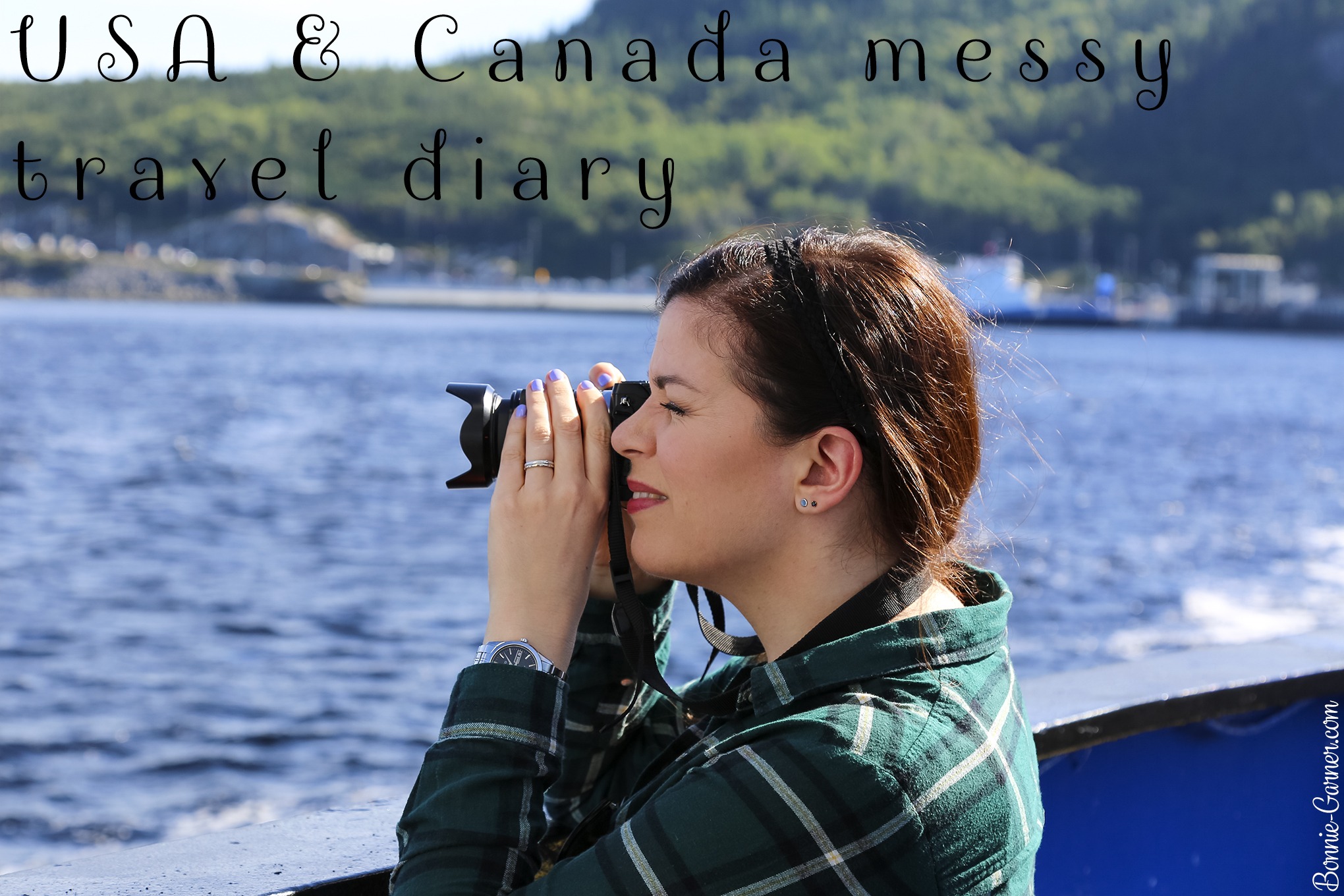 I feel like I need to warn you: I’m not a travel blogger. I’m not even a lifestyle blogger. Here, usually, it’s all about beauty, and only beauty. But today, I really want to make an exception and share part of my lovely trip to the US and Canada from last month through this messy travel diary! wink

I apologize in advance, it won’t be a cool blogger travel guide with trendy adresses because I really suck at it! When I go to cool places, I usually forget my camera, or worst, I’d go to this very yummy place… and forgot to note the address. #bloggerfail
And if you add to that that my husband usually can’t stand places bloggers/Instagramers hotspots, I’m not out of the woods to make the perfect travel article…


But hey, during the 3 weeks I still had time to take some nice pictures and collect some fun stuff to share with you… (and also a huge stock of US beauty stuff ahem)

Regarding these beauty products, I’ll probably do reviews here in the next few weeks but I’ll also do some first impressions on Instagram (and the blog’s Facebook page) in the coming days (I have already begun wink ).

I want to live in Vermont: 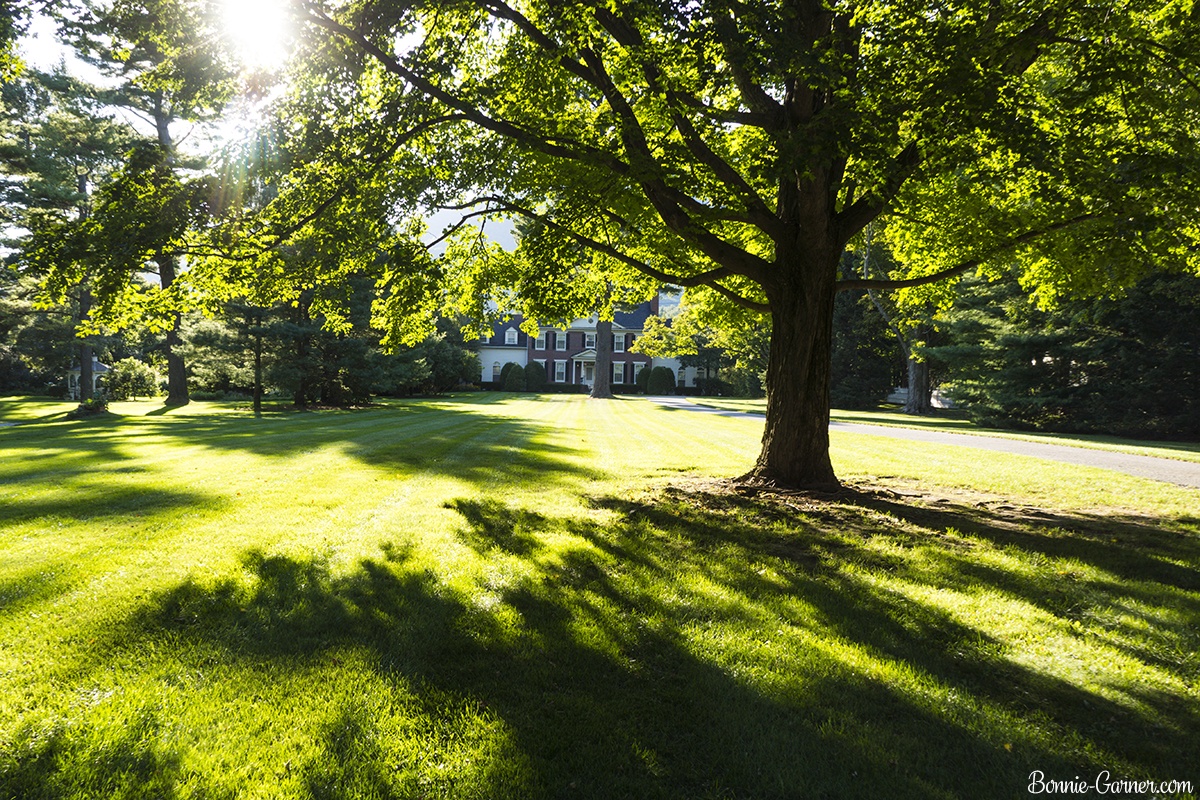 At the beginning of our trip, we stayed in a small university town near Lake Champlain, Burlington. It’s such a relaxed and cool city, and there are students everywhere (and fraternity houses!!!).

I photographed all the houses I saw because they were all sublime and all different, but obviously it has to be with my phone because I never had my camera on me. #bloggerfail2
But I religiously put everything on Snapchat (bonniegarner) and Instagram! 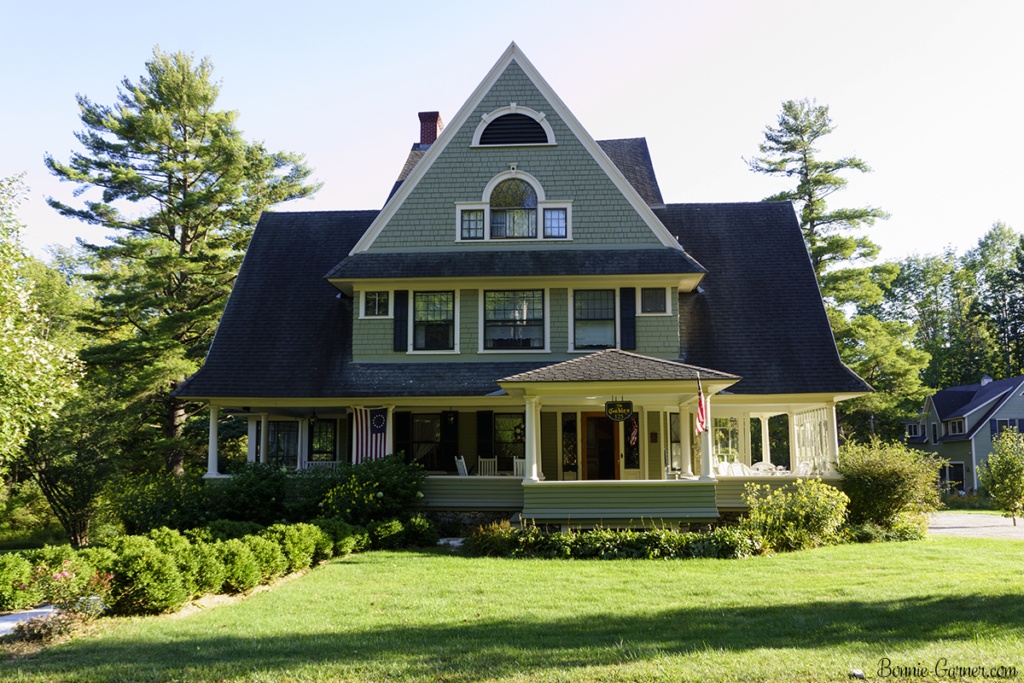 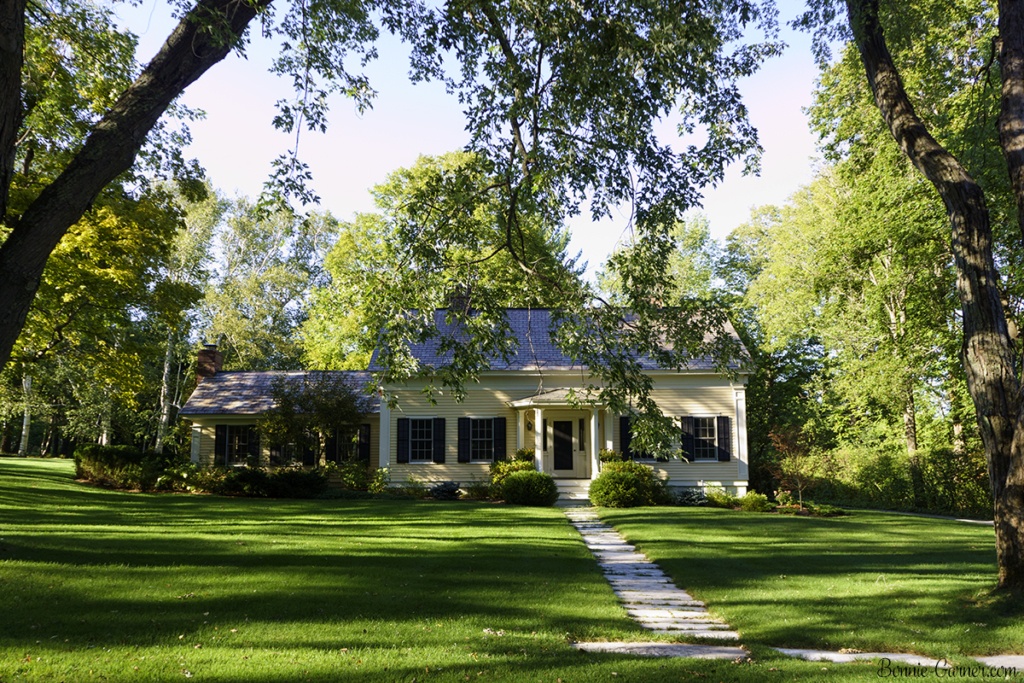 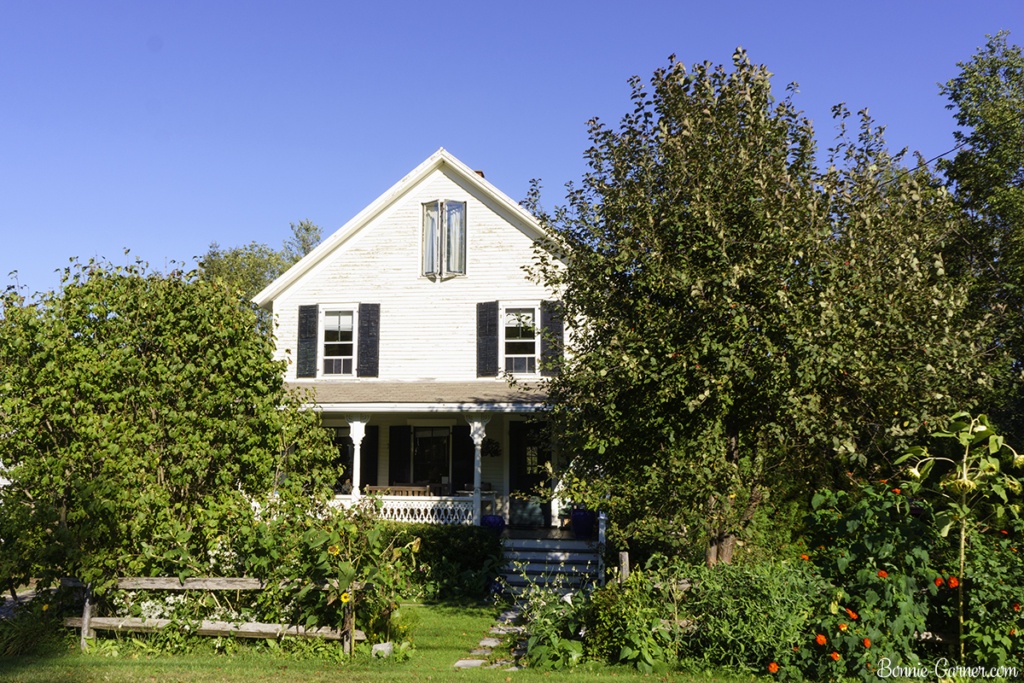 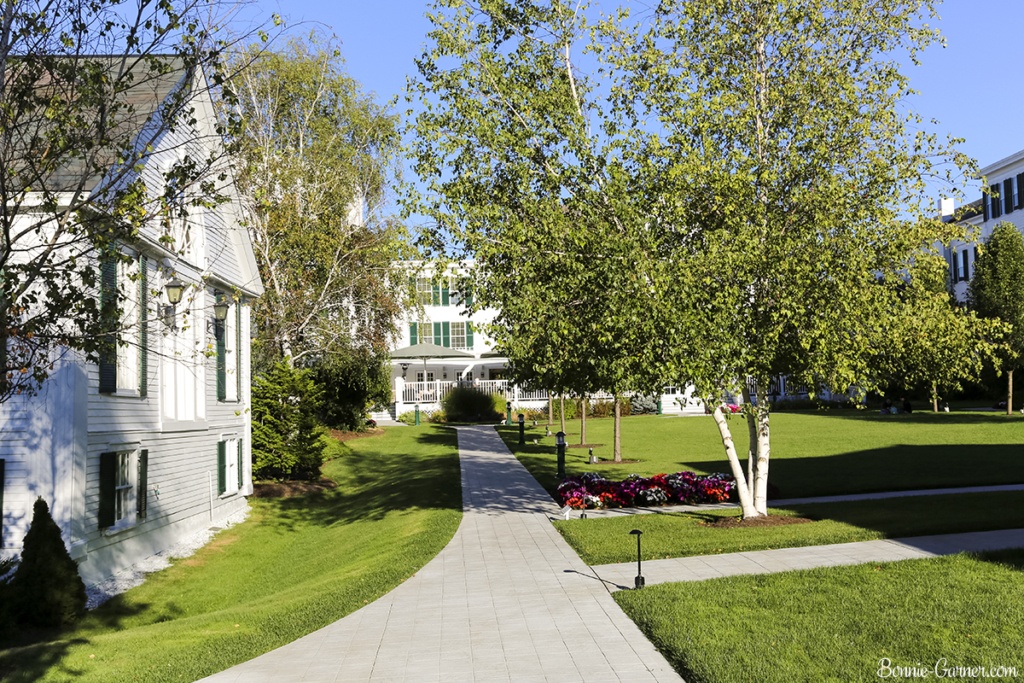 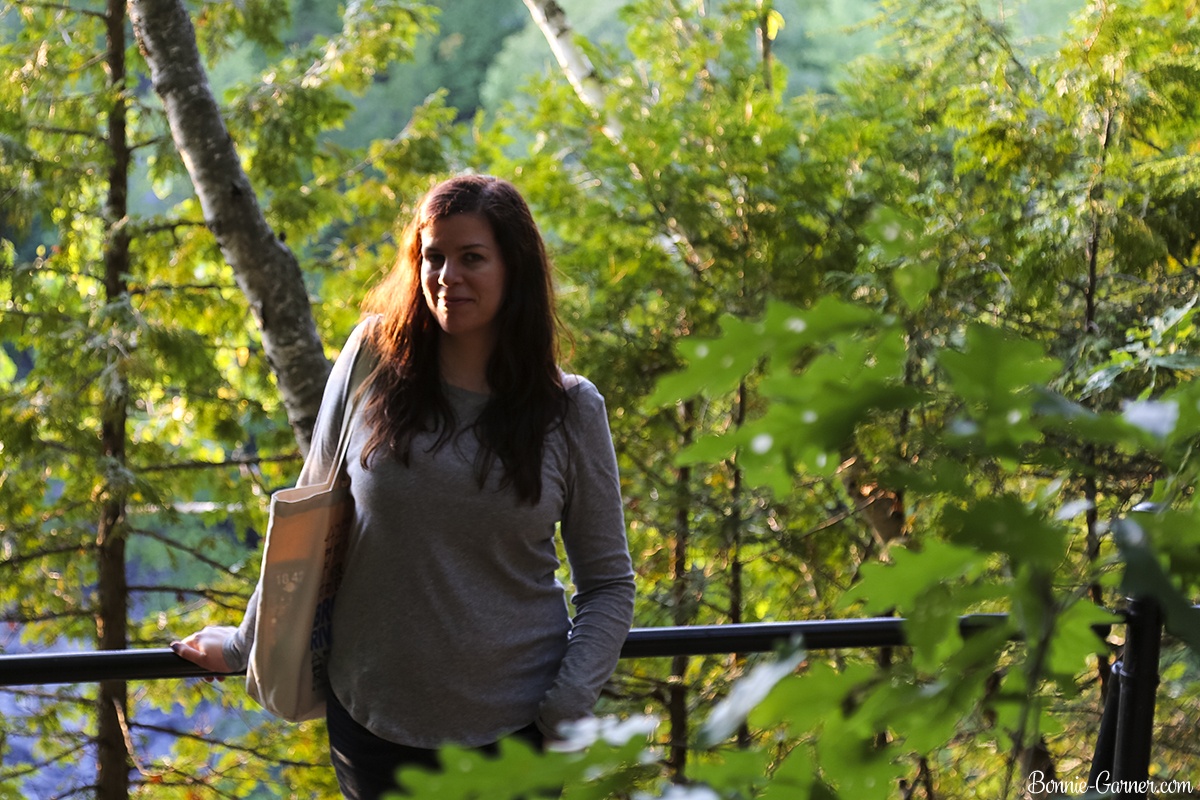 Also, I ate bacon every morning for breakfast during the first 10 days of the trip. Bacon is life! (especially cooked with maple syrup yum!) bigsmile

Later in the trip, we also spent 2 days in another city in Vermont. Manchester it is less cool and “hipster” than Burlington but it’s a beautiful town, very neat and clean, with the whitest houses I have seen in my life, lol. They all had an American flag on their pontoons (some were huge), and literally none had garden fences (as a lover of my privacy, I was quite shocked). It feels like having a huge garden outside your house is a way to show your social status or at least, a way to impress your neighbors. wink

The atmosphere in this city was very different from the one I felt in Burlington. In the latter, some of the houses clearly showed their support for Hillary Clinton or Bernie Sanders (political wooden sign planted in your garden are obviously a decoration must-have in the region lol). When we arrived in our hotel lobby in Manchester, some other customers were also waiting to do their check-in. One of them was proudly wearing a “Vote Trump 2016” cap. If it have been “Make America great again” on this cap, I would have had a hard time keeping a straight face, I swear! bigsmile
I just tried not to stare too much (not sure I really succeed, judging by the nudging from my husband lol).

Drugstores are my happy place:

I heard of the low prices of cosmetics in the US drugstores, and I hoped to find lots of cheap gems. Once I was there, the profusion of brands totally exceeded my expectations! I also needed several visits (he he he) at Rite Aid or CVS to “acclimatize” myself and then started finding cool stuff.

But anyway, it didn’t really matter, because the return policy in the US is a dream! You can basically return any product if you don’t like it! It makes the choice of a foundation so easy, doesn’t it? bigsmile

I discovered so many cheap and cool beauty brands. I’m now totally obsessed with Milani, Maybelline (Maybelline in France and in Dubai just look ridiculous next to the choice you have in the US or in Canada), Wet & Wild, Nyx, Shea Moisture etc, etc. Americans beauty addicts are blessed with choice!

Sephora, the place you’ll spend hundred of dollars and leave with only 5 products (insert the flying money emoji):

I waited until I was in Montréal in Canada to go visit a Sephora store. Same thing, the choice of cool brands and the crazy amount of products were absolutely overwhelming. But you really need to keep your nerves in there because the prices are so much more expensive than in the drugstores…:/

Otherwise, Canadian sales assistants impressed me with their professionalism, their availability and their great advice! Such a nice change! I wanted to hug them when they tried to understand my needs, and gave me good advice. I restrained myself for telling them: “Thank you so much for doing your job, I love you!”. I guess living in Dubai lowers your standards regarding a good sales assistant ah ah ah tongue

To see whales in Quebec, you better get up early: 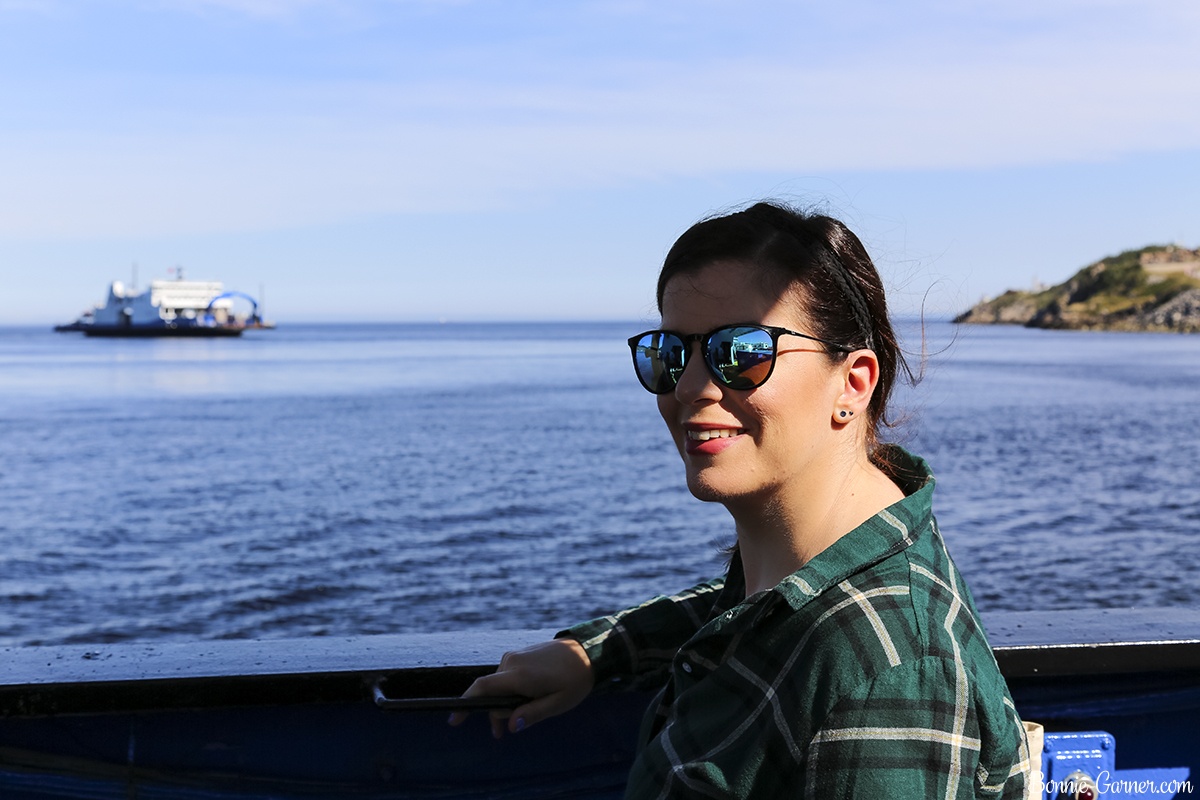 I’ve not only done shopping, I swear! We also tried to see some whales when we were in Canada, near Tadoussac, in northern Quebec. 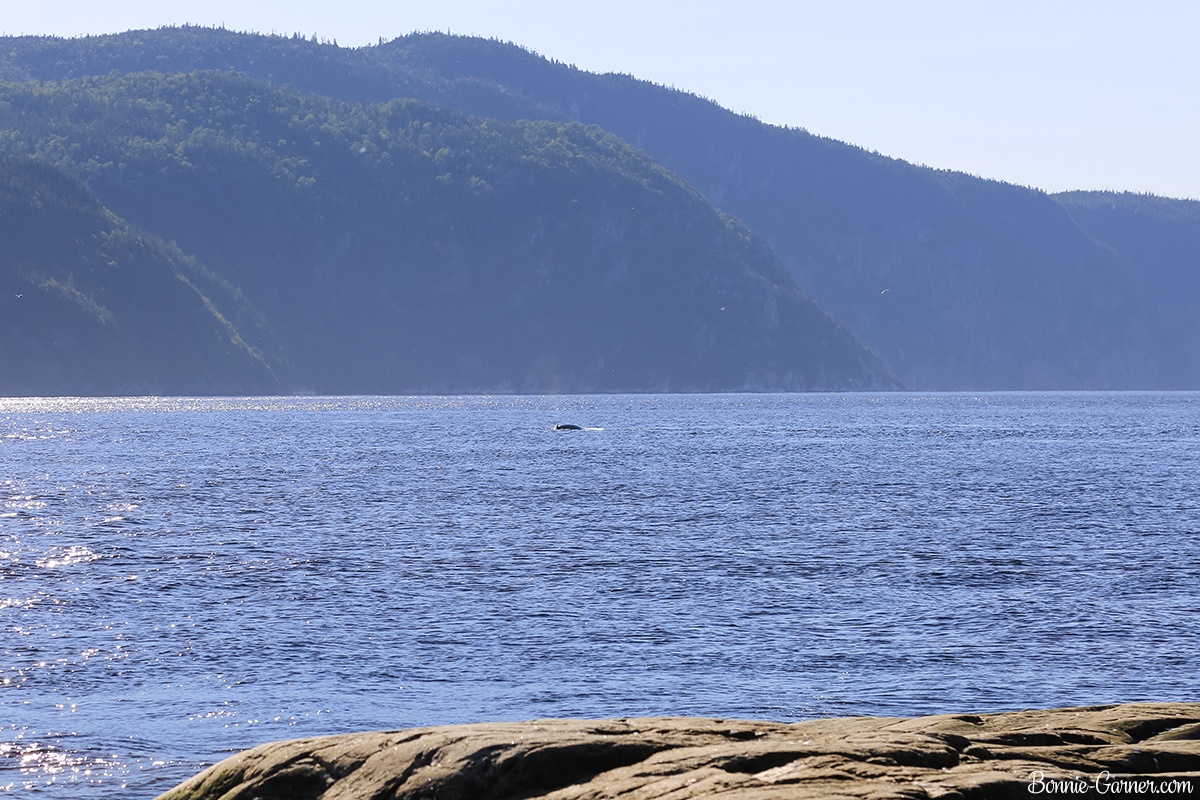 We went for the day and errr, we went a little late (#fail). We still spend the whole afternoon there, scrutinizing the waves to try to see a whale. After more than two hours seeing nothing, we would have been very happy with anything with dorsal fins really, and well, that’s what happened! We finally saw something (you can barely see it in the photo above lol).
We still don’t know what it was, but it doesn’t matter, the area was so beautiful and the air next to the St. Laurent River so pure, that we were very happy with our day! smile

After this whales episode, we spent a few days in Montréal, walking and driving around to discover the city.

And honestly, we would love to live there! There’s such a nice and relaxed atmosphere in this city, it would be a nice change from the Dubai craziness! wink 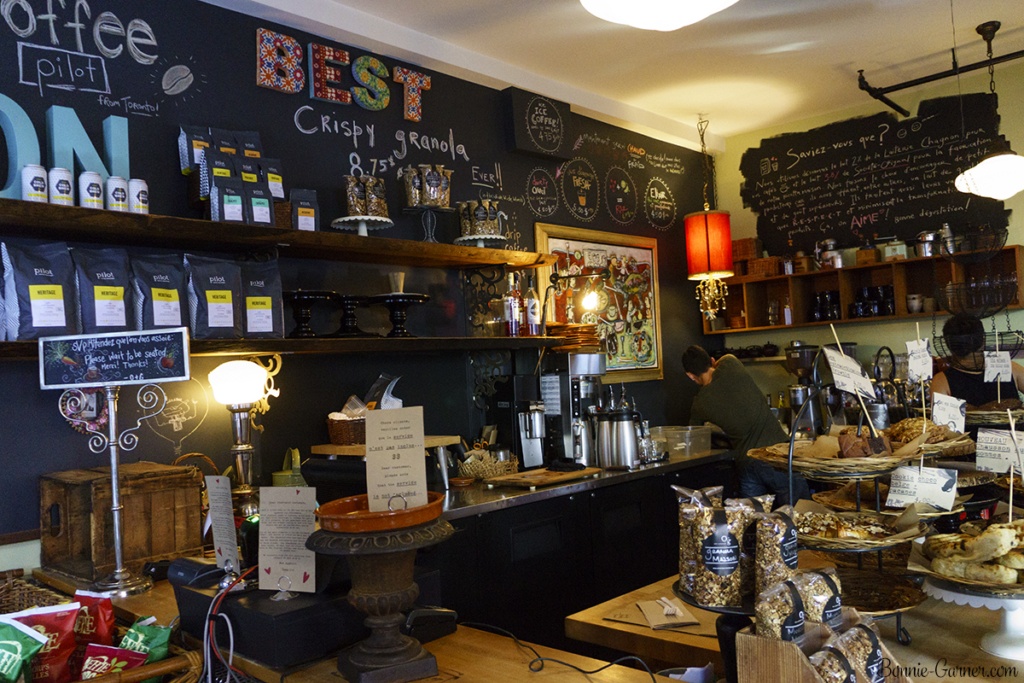 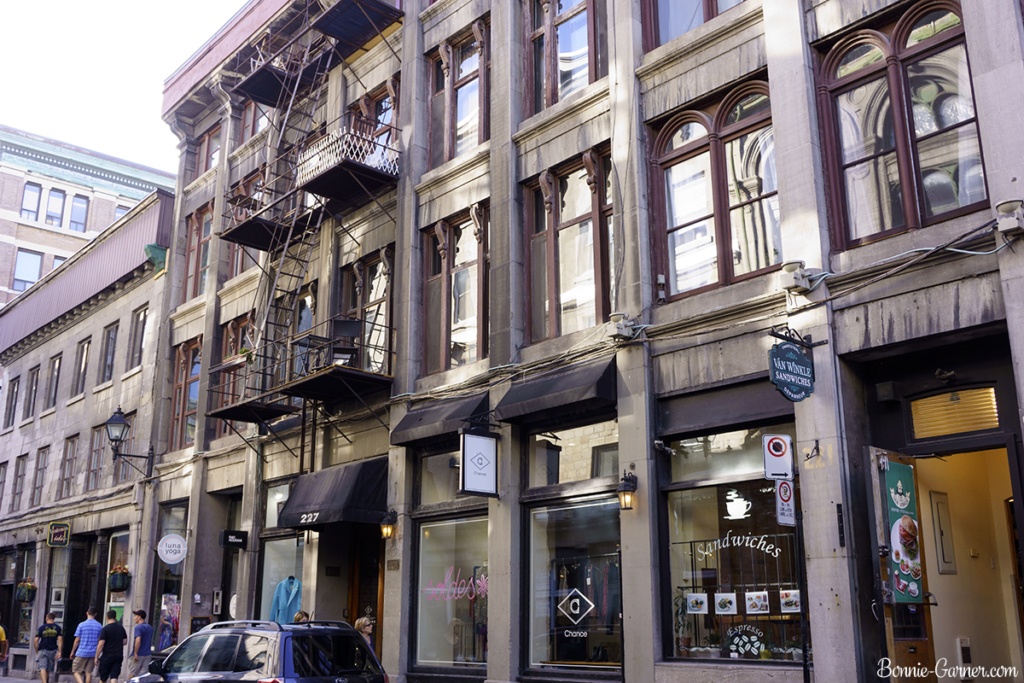 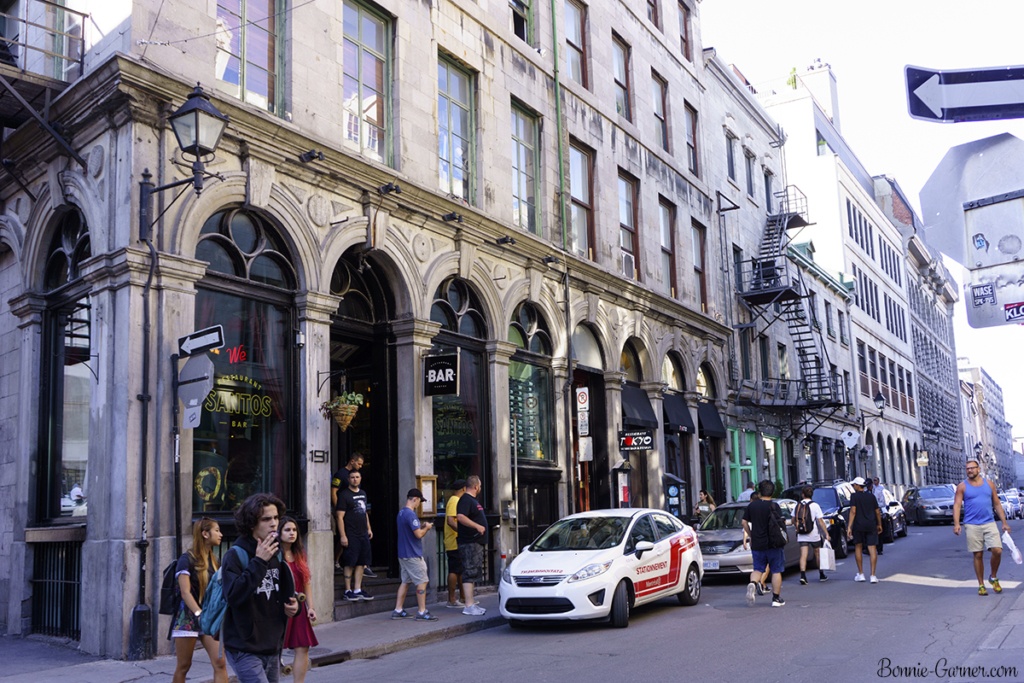 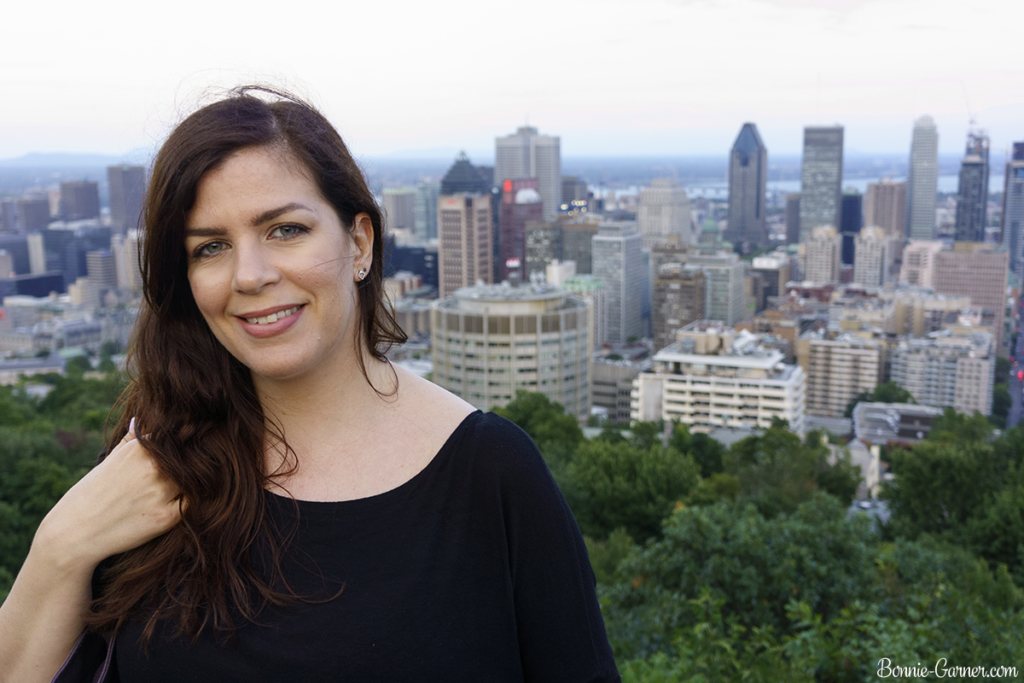 I just need to get used to the French Canadian accent. And also, there’s a lot of difference in the vocabulary. Same word, but different meaning. It creates some funny situations sometimes! bigsmile

Philadephia, and its cheesesteak (we didn’t try it :P ):

We went to visit a very close friend (who is now a new mom just a few days ago!!! bigsmile ) in Philadelphia. I don’t know many big US cities, having only been to New York before. Philadelphia is much less touristy. So it was nice to discover the place in between with real people of the city. 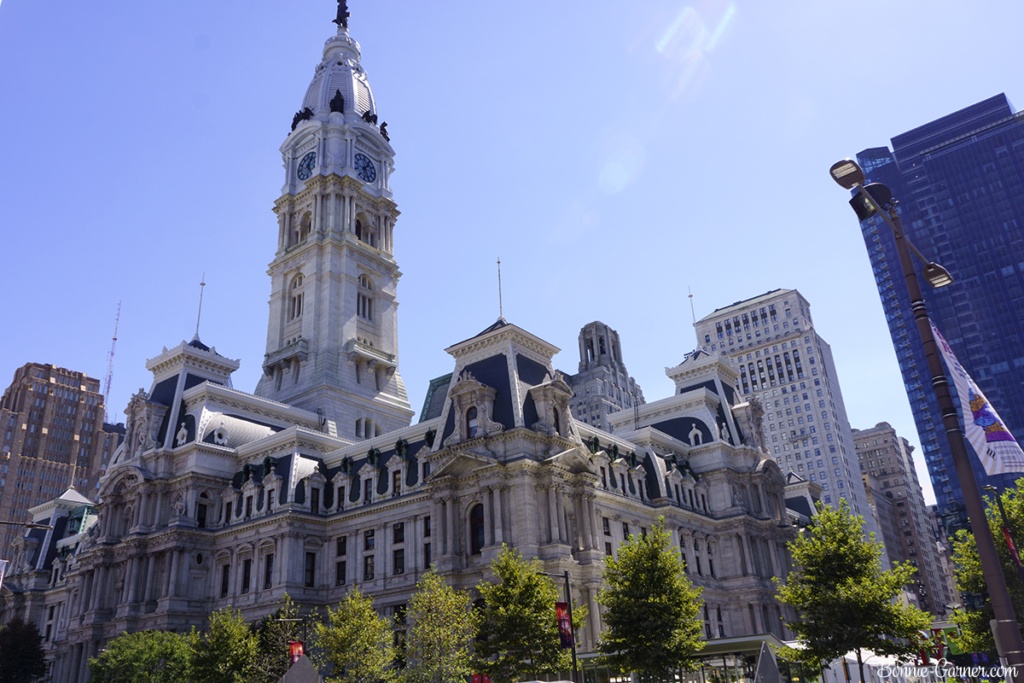 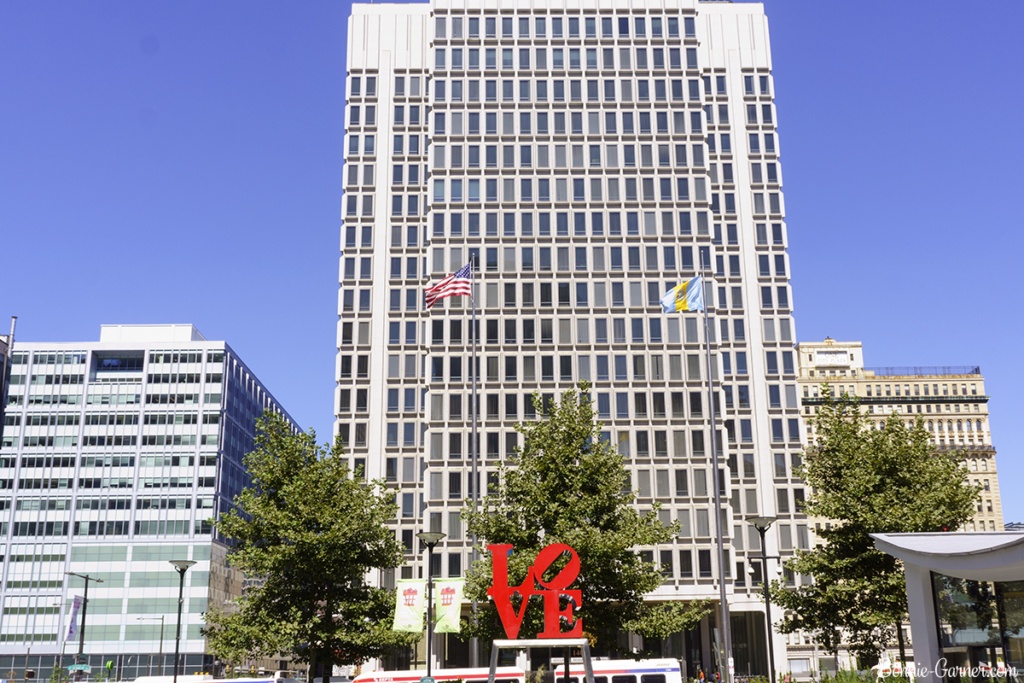 We were there during Restaurant Week, a week where local restaurants offer a special menu, with a lower price. So nice to discover cool restaurants! (of course, I can’t remember where we went ahem)
We weren’t brave enough to try the local specialty, the cheesesteack. After 2 weeks of American food, we just couldn’t! Even when it’s supposed to be “healthy”, the portions are still huge… Too much!

By the way, speaking of restaurants, I need to talk about the tipping system! Our American friends were laughing at us but after 2 weeks we were still super confused by this mandatory tipping system. Once and for all: French people are not stingy, it’s just a very different culture, that’s it! tongue
Paying between 15 and 20% in addition with every restaurant meal, after a while, it’s very heavy on the budget. Same for the taxes on the prices, it’s always a bad surprise at the cashier… (in France and in Dubai, the prices are announced with the taxes at the beginning) Anyway, that’s the way it is there, I guess and beware if you “forget” to tip! They don’t really approve it and the excuse of the cultural difference won’t pass (we tried lol). 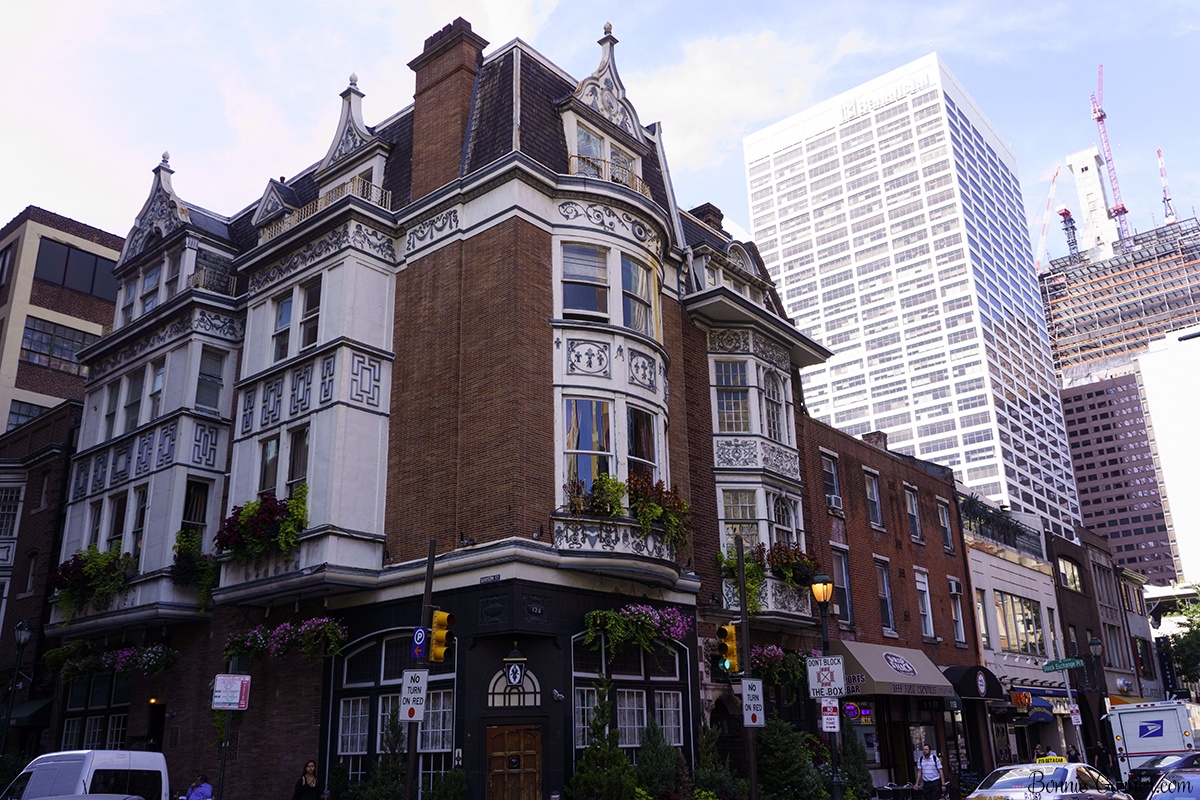 New-York, the city of the (ten) thousand steps:

We ended our North-American trip in New-York, a city I already knew because I went 4 years ago. But this city has so much to offer that it’s always a pleasure to go back!

So we walked (a lot!) to take full advantage of our last North-American moments… 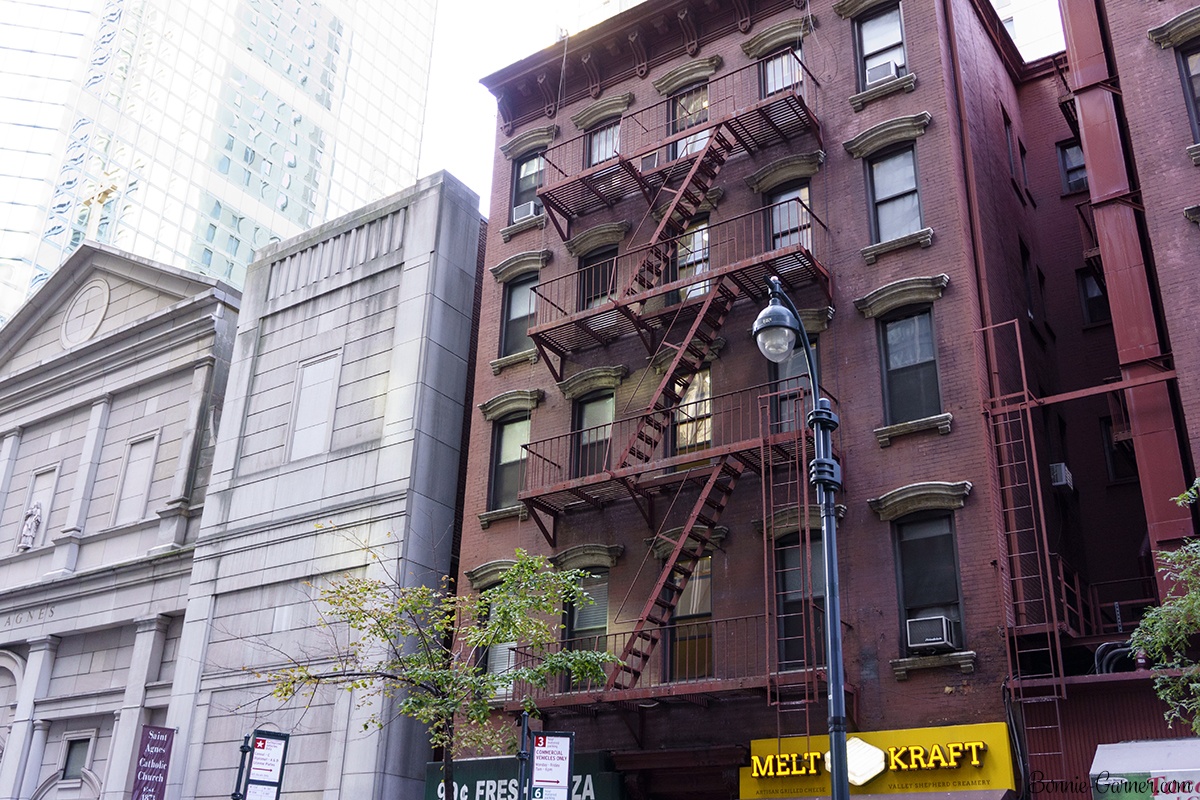 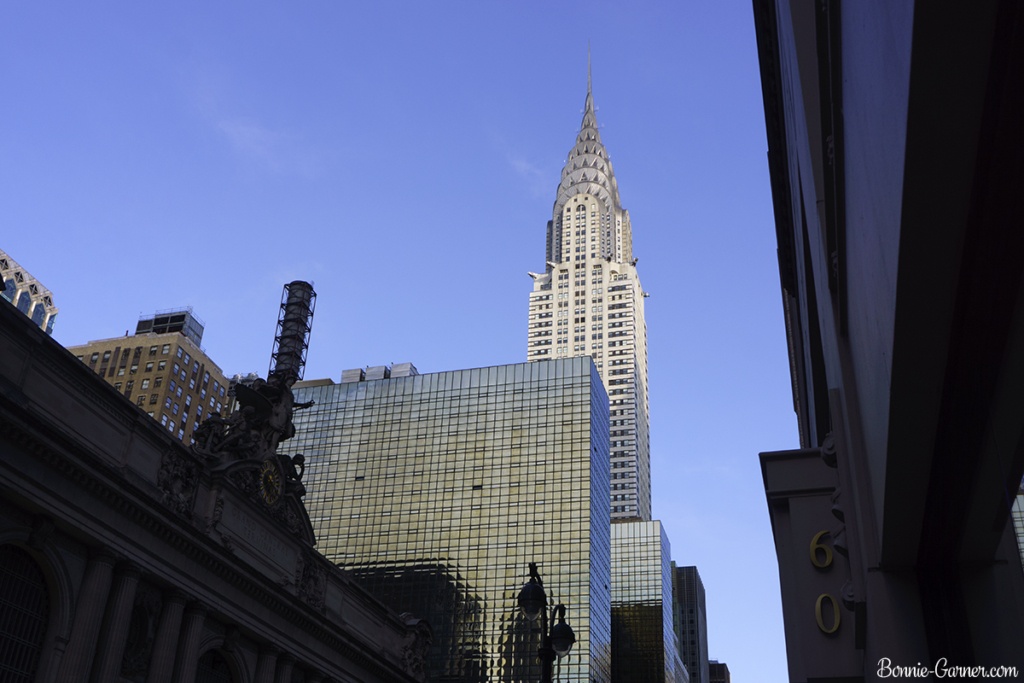 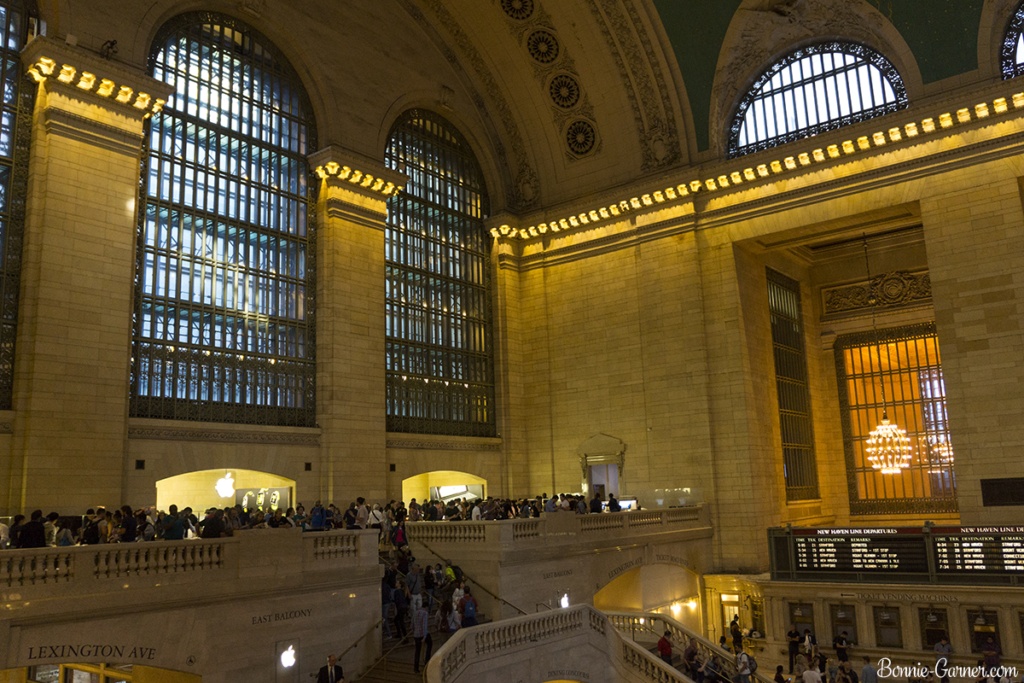 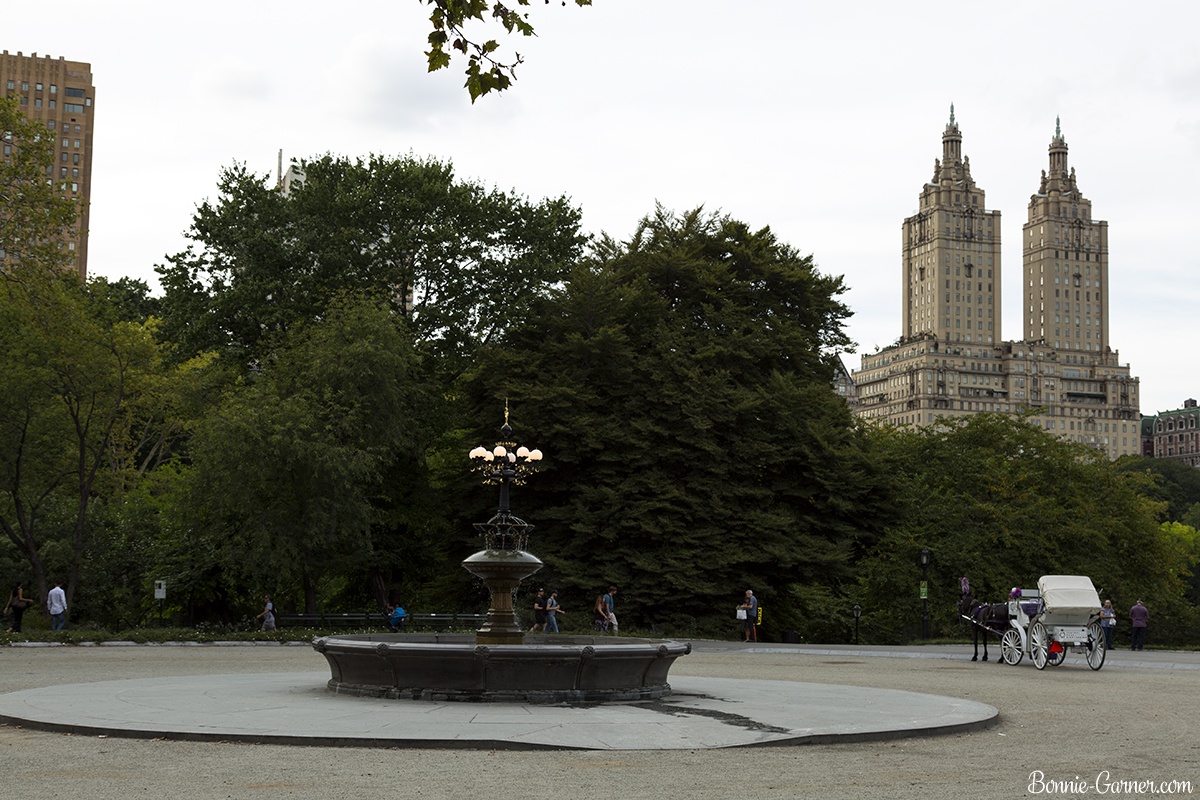 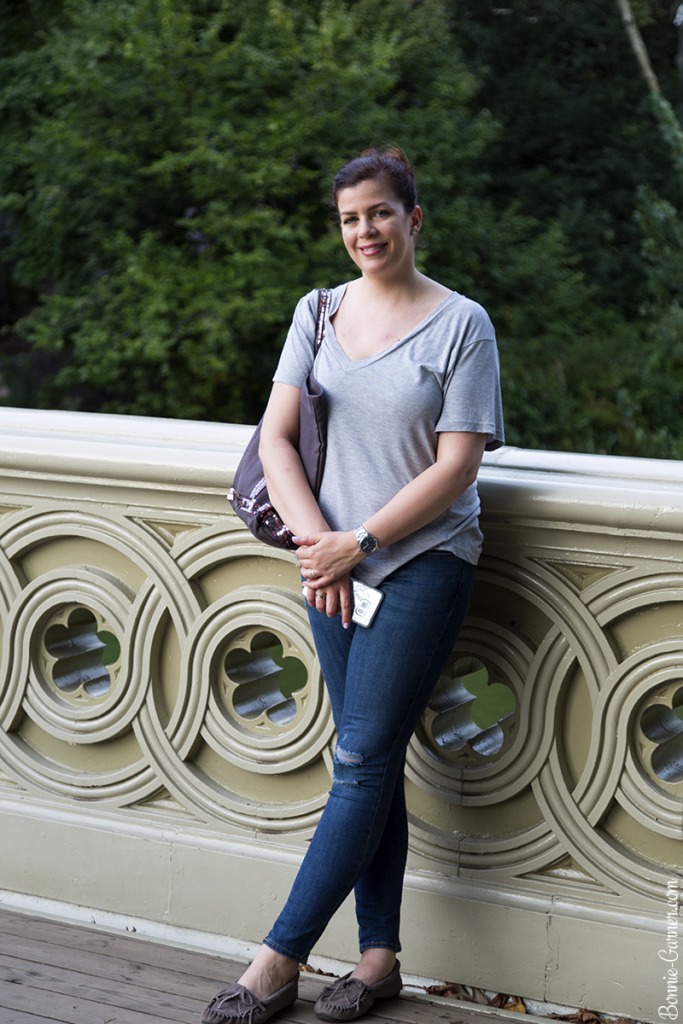 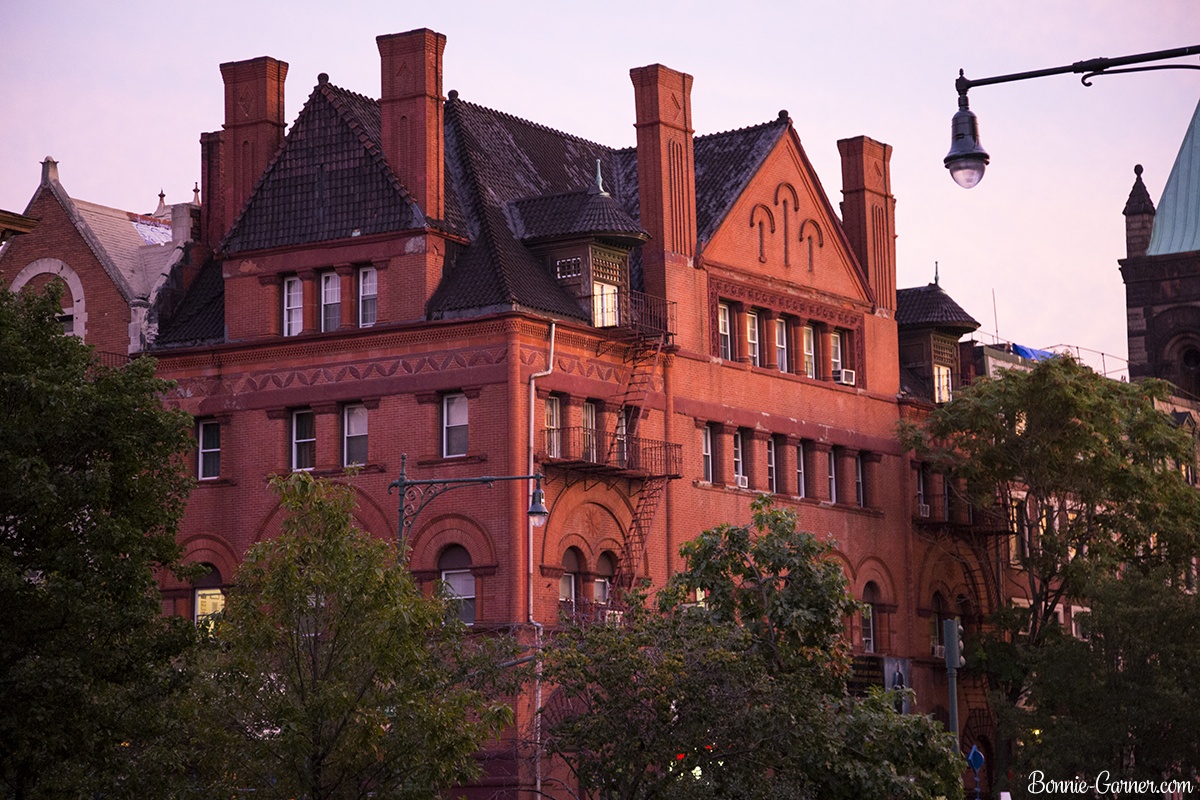 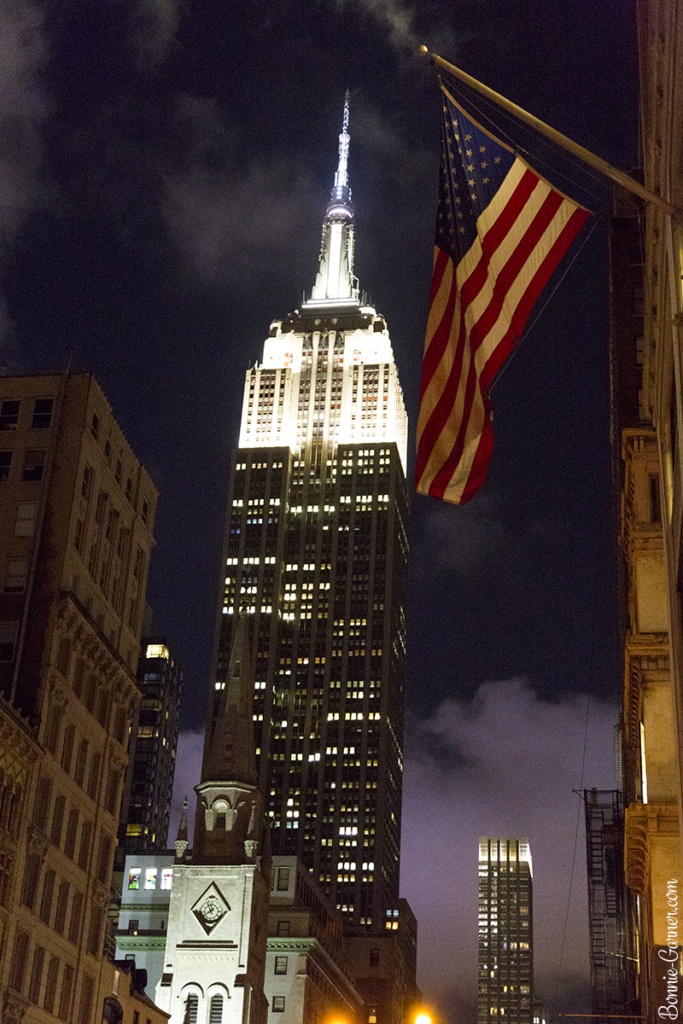 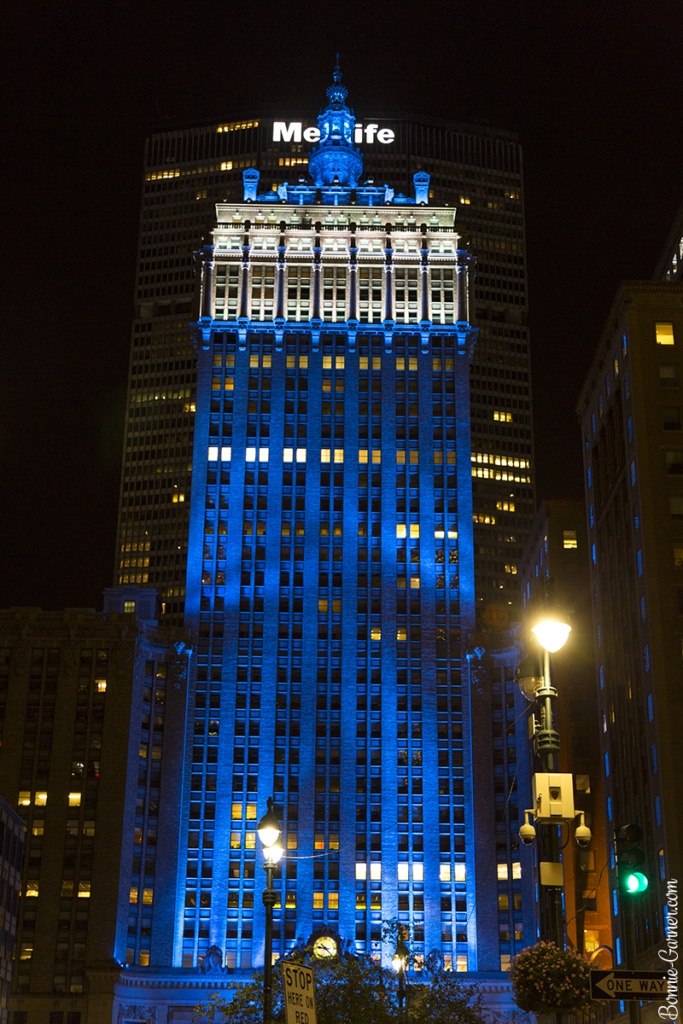 I’m now back in my Dubai’s desert, but I need to tell you that I won’t be very regular here during the next few weeks because I’m in the process of moving (we’re staying in Dubai, but changing flats).
I’ve tried to prepare some photos with some of the products I bought during my trip to at least do some mini-reviews or first impressions on my Instagram! So you can follow me there if you want! wink