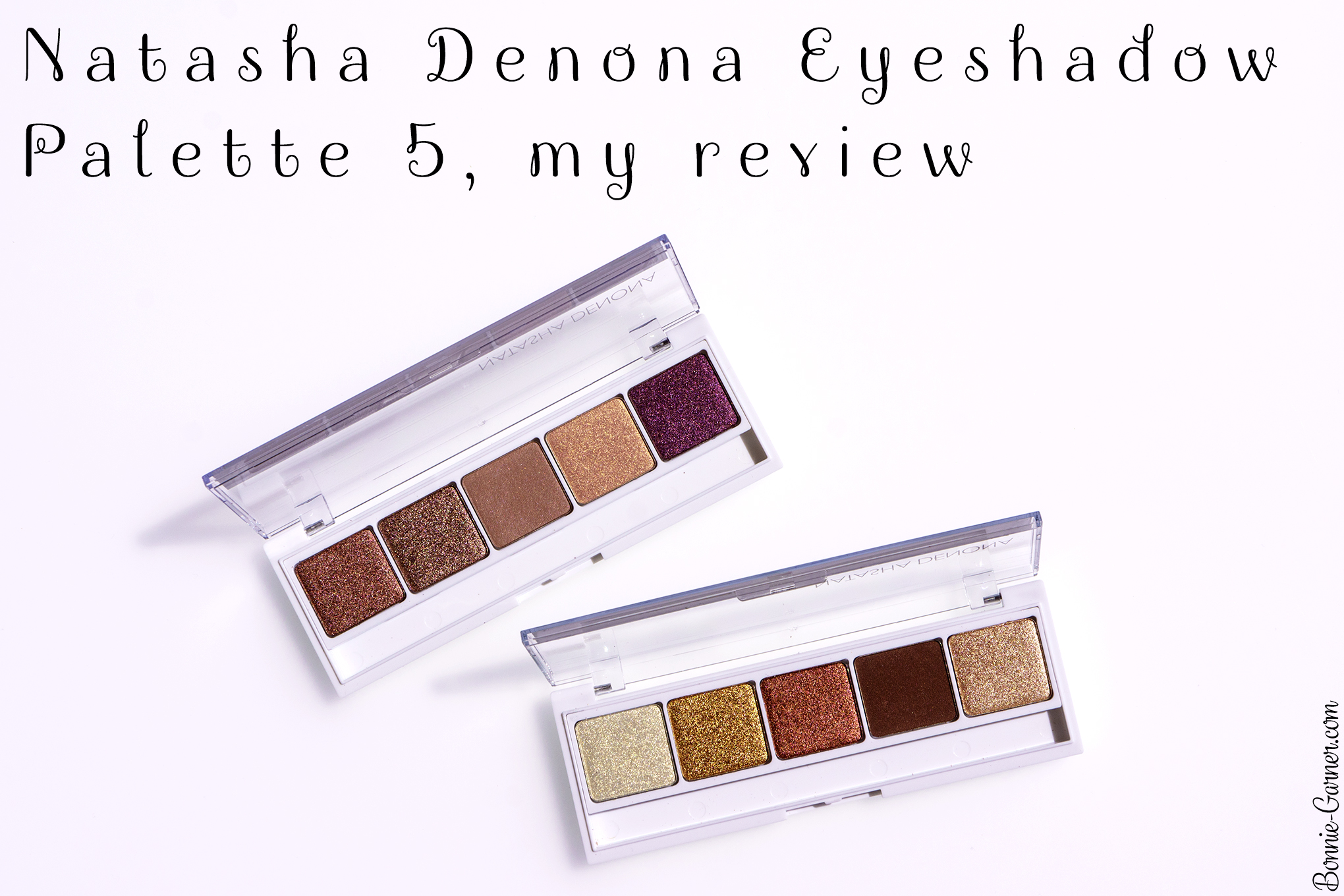 Had you ever heard of the makeup artist Natasha Denona before seeing her products all over YouTube? No? Neither had I!

I’ve usually never heard of these makeup artists of celebrities until they decide to create their own makeup line… Probably because like you, I’m not a celebrity ah ah ha tongue

In short, Natasha Denona worked as a professional makeup artist in fashion for a long time, before founding in 2002 her makeup school in Tel Aviv, Israel, where she lives. Soon after, she created her own line of makeup (not sure when, couldn’t find a creation date). Since last year, the brand is available on a very dangerous place for beauty addicts: the website Beautylish.

I really could have called this post: “YouTube made me buy it! Episode 2136546898, Season 2158”. The Natasha Denona have been so hyped up lately on YouTube. A lot of beauty YouTubers even declare that they were probably the best eyeshadows they’re ever tried. Now, that’s a statement!

An example of the buzz around these eyeshadows that sums up the trick with the makeup artist Wayne Goss who is always very measured in his words and never over the top, is he? :P :

Although I’m very suspicious about buzz in general on YouTube, I was still intrigued after watching this clip shown by Wayne (which happens to be from the website Beautylish, they carry the Natasha Denona makeup range and… Oh incredible! Wayne Goss brushes too, how surprising!) where you can see the same swatch of eyeshadow that can apply some color up to 6 times on the skin.

After reading a lot of different reviews, I decided to order two eyeshadows palettes 5. I resisted the huge $239 palette (arrrrgh!) that everyone talks about, definitely too expensive and also, I didn’t really like the color selection (I’m not a big fan of green eyeshadows on me).

I especially wanted to try metallic colors because from what I read on other reviews, they were the real mind blowers.
Knowing that these eyeshadows are sold $24 for 1 single (arrrrgh! again), I preferred the eyeshadow palettes 5, which offer a good variety of colors (they exist in 13 different harmonies of 5 eyeshadows).
I ended up picking up the #2 and #4 palettes. 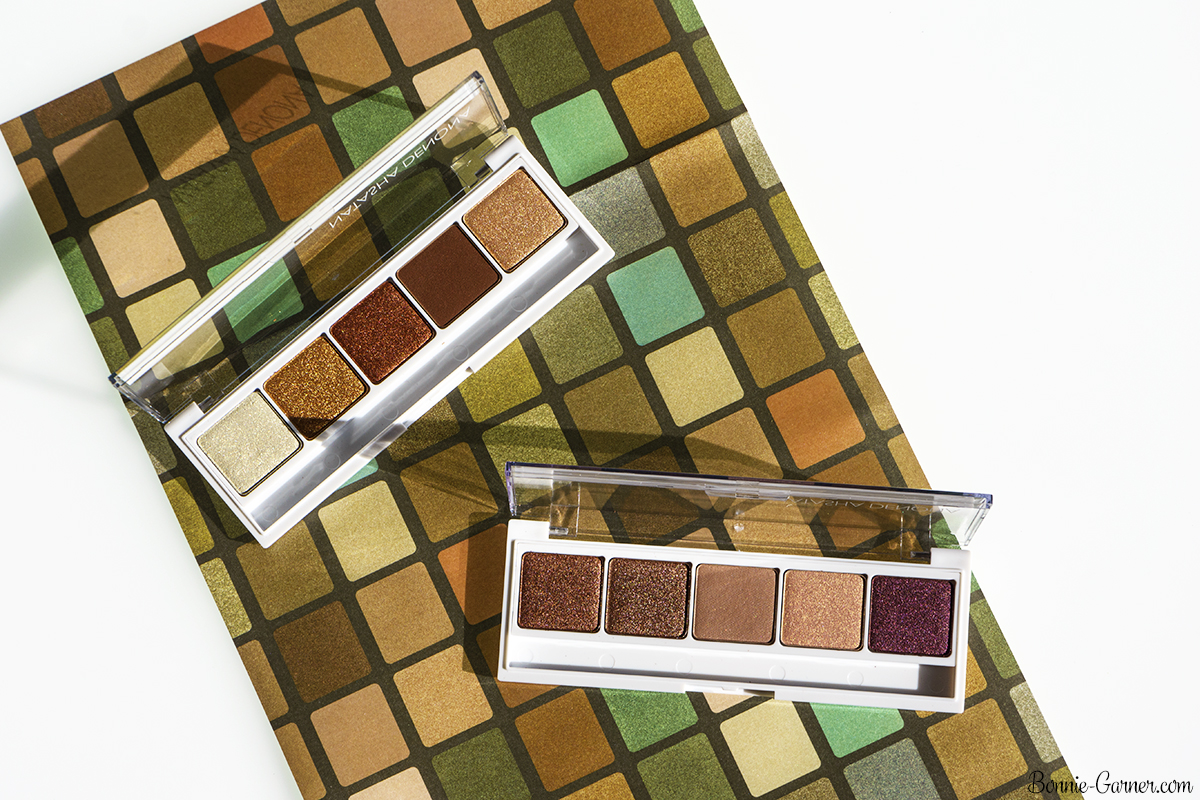 What the brands says about them:

“A collection of five shadows that perfectly complement one another and your eyes.

Eyeshadow Palette 5 is a variety of creamy matte and shimmer shades to allow for versatility when creating new and exciting looks. Made up of five shadows that work perfectly together the high pigmented shadows allow you to create a multitude of looks. Easily blend-able these buttery shadows hold an innovative formula which delivers a fade resistant, vivid colour for a long wearing look.”

The Natasha Denona eyeshadows are professional quality, they are saturated with color and they have a crazy pigmentation. No need to put a lot on for a spectacular coverage on the skin.
The brand also claims that the 5 eyeshadows in the palette are perfect to be used together. I don’t really agree with that statement… The colors work together, yes, but the finishes, not really.

Both the palettes I own are mostly composed of metallic eyeshadows. and I tend to use this type of finish especially all over the lid when I want a very intense effect, or just in the middle of the eyelid or in the inner corner to catch the light. I rarely do a makeup look with more than 2 metallic eyeshadows together, plus I need matte eyeshadows to help me blend the colors together.
I am very happy of the beautiful metallic colors I have in these palettes, but most of the time, when I use them, I have to apply other matte eyeshadows from other palettes that I own.
This doesn’t really bother me but you must know it, these palettes are difficult to use alone (unless you only use 2 or 3 eyeshadows). 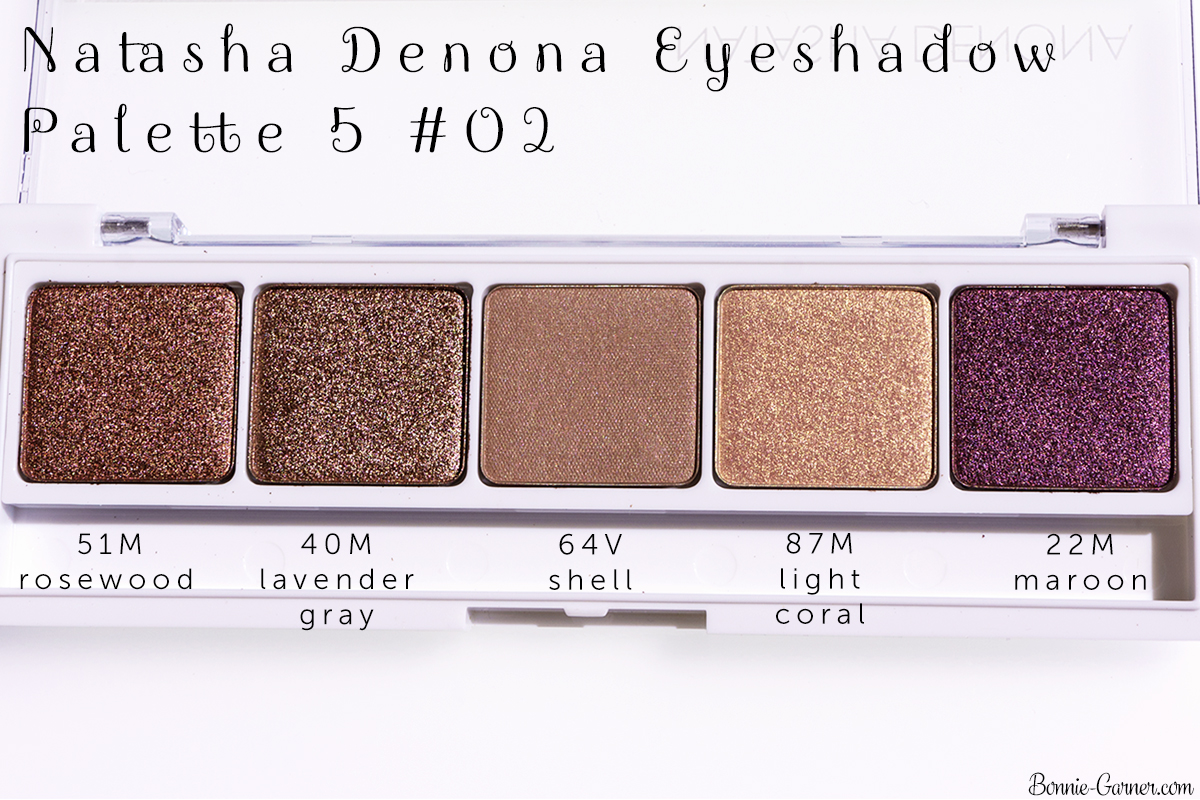 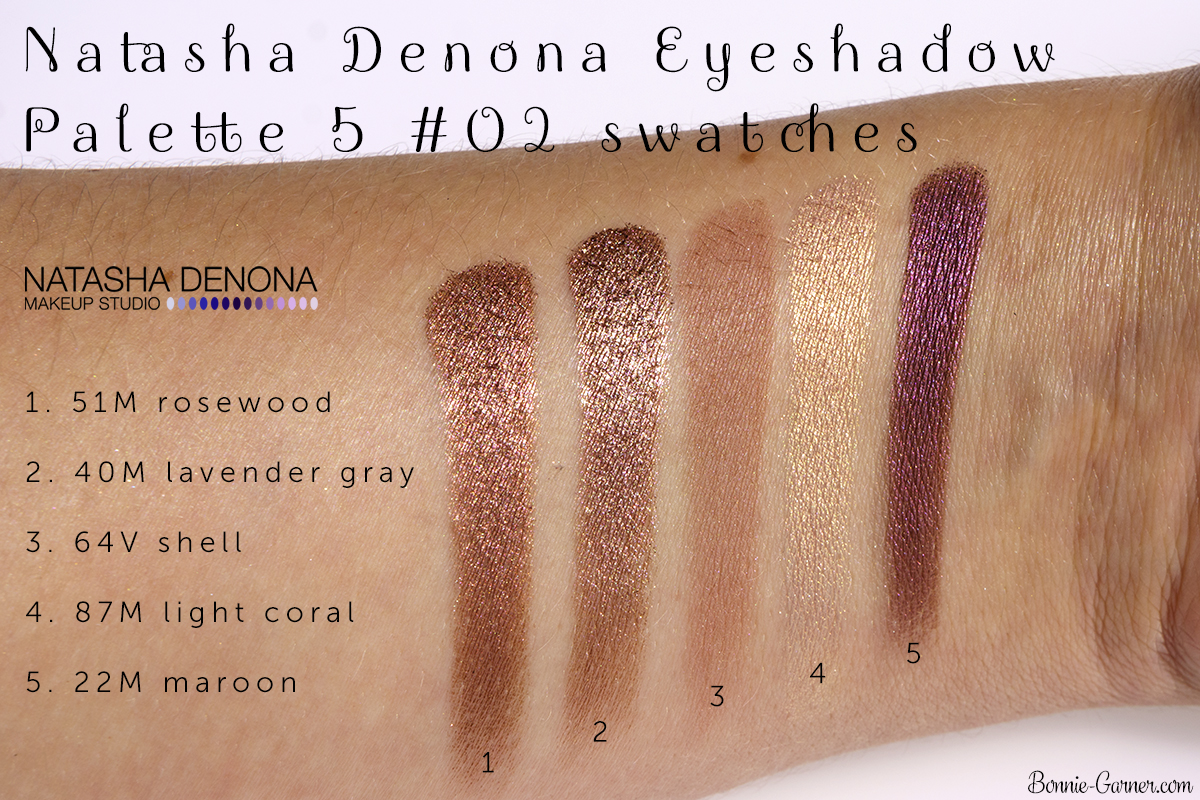 My favorite of the two, at least the one I reach for the most. I absolutely love all the colors and all are very easy to use! It’s a beautiful harmony of pinkish shades with 4 metallic and 1 luminous matte finishes.

– 64V Shell: the only “matte” eyeshadow on the palette. It’s not completely matte to be honest, it has a very light satin finish. This is quite a complex color: a kind of pinkish brown beige but on me it ‘s mostly a perfect transition color. I love it!

– 87M Light Coral: not really a coral in my opinion, rather a light golden shade, slightly orange. It’s also a metallic finish. 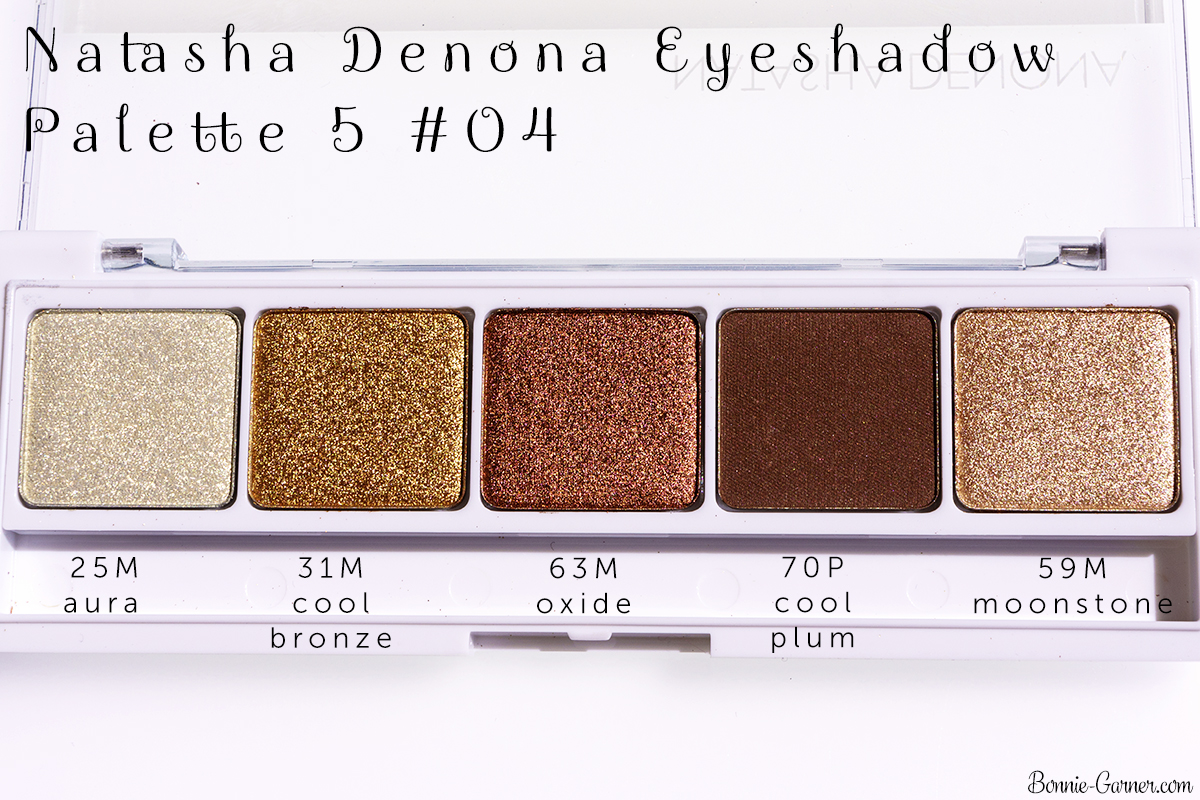 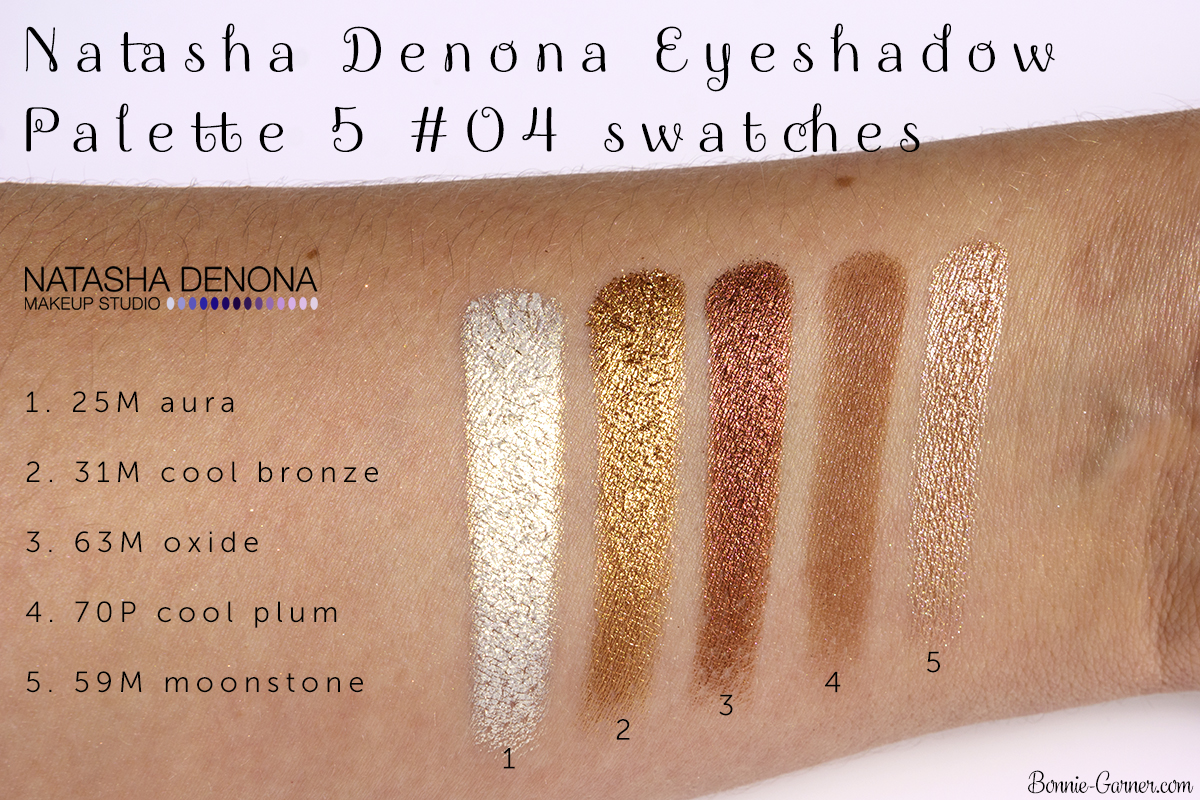 This palette has a lot of warm undertones. 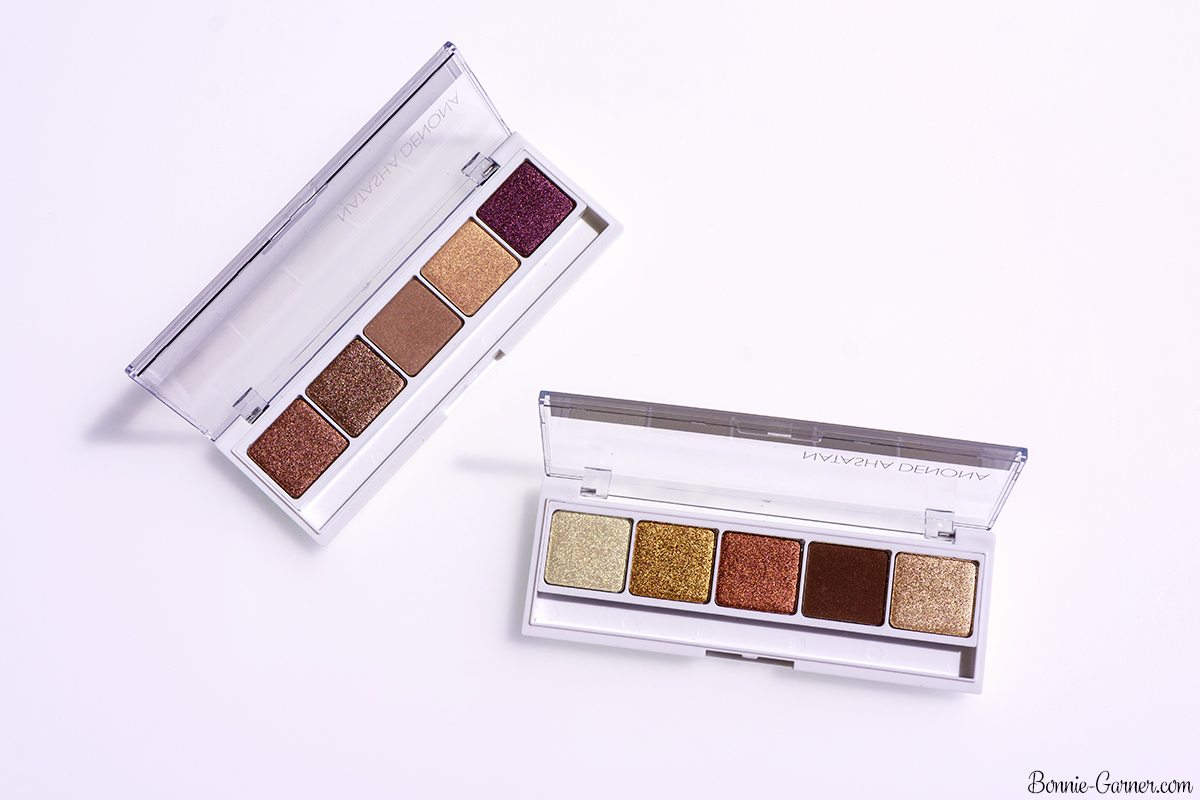 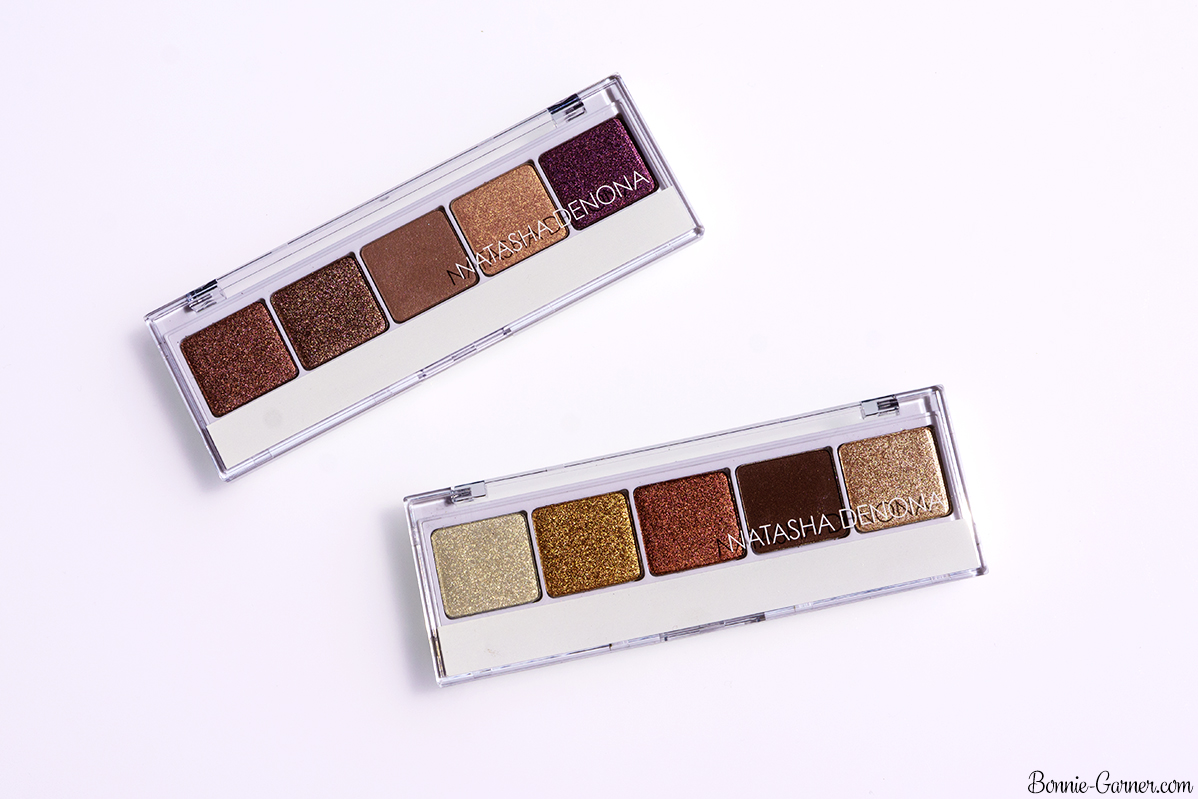 – Packaging: very simple and not the most luxurious in the world, it’s a clear plastic case. It was probably first intended to be aimed for makeup artists so it’s quite practical and easy to carry. You can easily depot the eyeshadows and they are magnetic, so you can place them in another palette if you want to.

– Color range: there are 13 different eyeshadows 5 , so there’s a lot of choice. Some more neutral (like my palette #2 for example) or some with a mix of neutral and bolder colors. There is something for every taste. I rather regret that there are no more variations in the finishes because as I said earlier, these palettes must sometimes be combined with other matte eyeshadows if you want a little more variety in your makeup looks. I also regret that you can’t compose you own personalized palette for the the same price (the singles are sold for $24 so for 5 eyeshadows, which lands you with a grand total of $120. Ouch!)

– Pigmentation and coverage: quite insane, they’re incredibly pigmented and the color is very intense even with the tiniest amount of product.

– Texture: I won’t say they’re not blending well, but they are so intense that you really must pair them with a transition color if you want to be able to blend them well, otherwise it’s a bit complicated. Moreover, they do a few fall outs, so you have to remember to tap your brush before applying them.

– Finish: the finish of the majority of the eyeshadows I chose is metallic. And those are probably among the most metallic eyeshadows I own (with my beloved Foiled by Makeup Geek). It’s a very intense metallic effect as you can see on the swatches. I love them! The 2 matte eyeshadows I own are also very nice. These 2 are fairly luminous matte, almost satin that blend very well and they have a pretty velvety effect on the skin.

– Lasting power: they last 10 hours without smudging on my eyelids with a primer (which I have to apply everyday because I have oily eyelids and it’s 45 degrees at the moment in Dubai where I live). They don’t have this slightly oily texture that I encountered with some of the other metallic eyeshadows that I own (like the Makeup Geek Foiled for example), so they don’t move on my eyelid and they last very well…

– Value for money: they retailed for $48. The size of the eyeshadows is huge: they weight 2.5 g each so a little less than twice a MAC eyeshadow to give you an idea. The palette is  quite heavy you can feel that there’s a good amount of product in it! So considering  their weight and the overall quality of the eyeshadows, it’s really not bad value for money.

– Availability: you can find them mainly online (Beauty Bay just started to sell them for example).

Finally, here are some makeup looks: 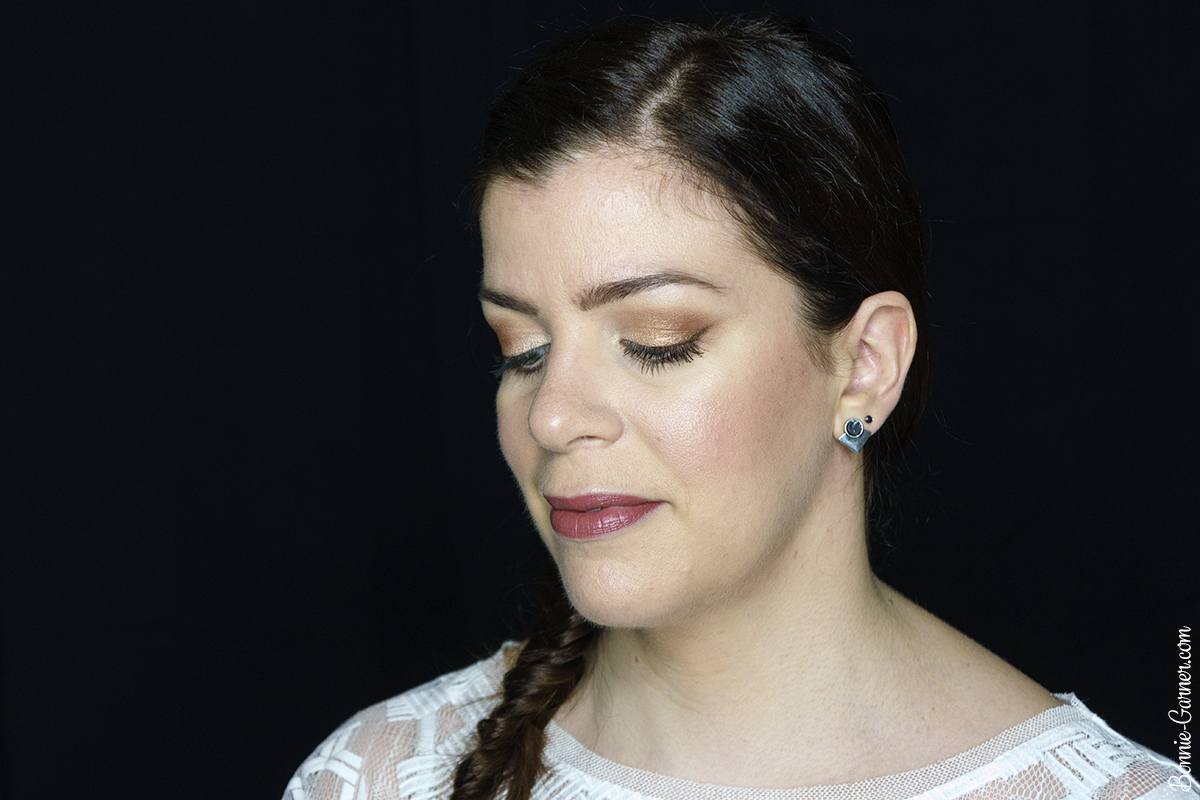 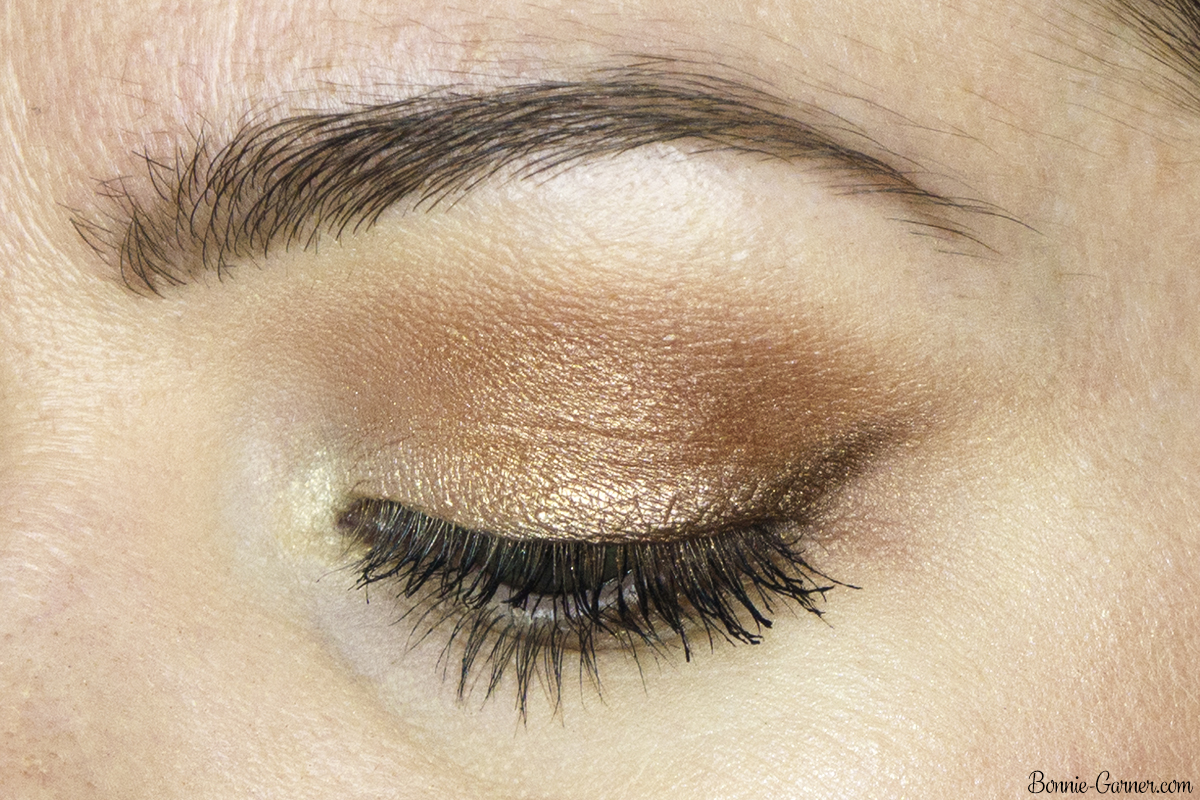 A simple everyday makeup with the palette #4: Cool Plum in the crease, Moonstone on the eyelid and just a hint of Aura in the inner corner. 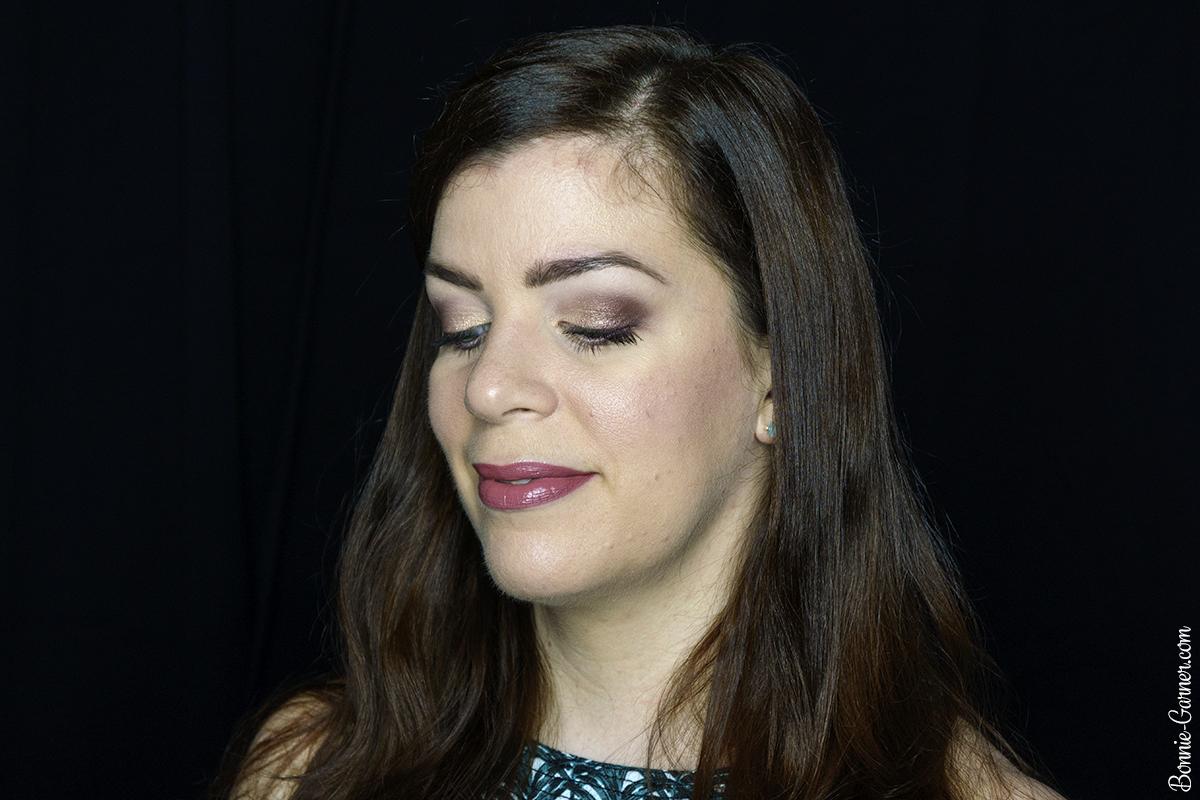 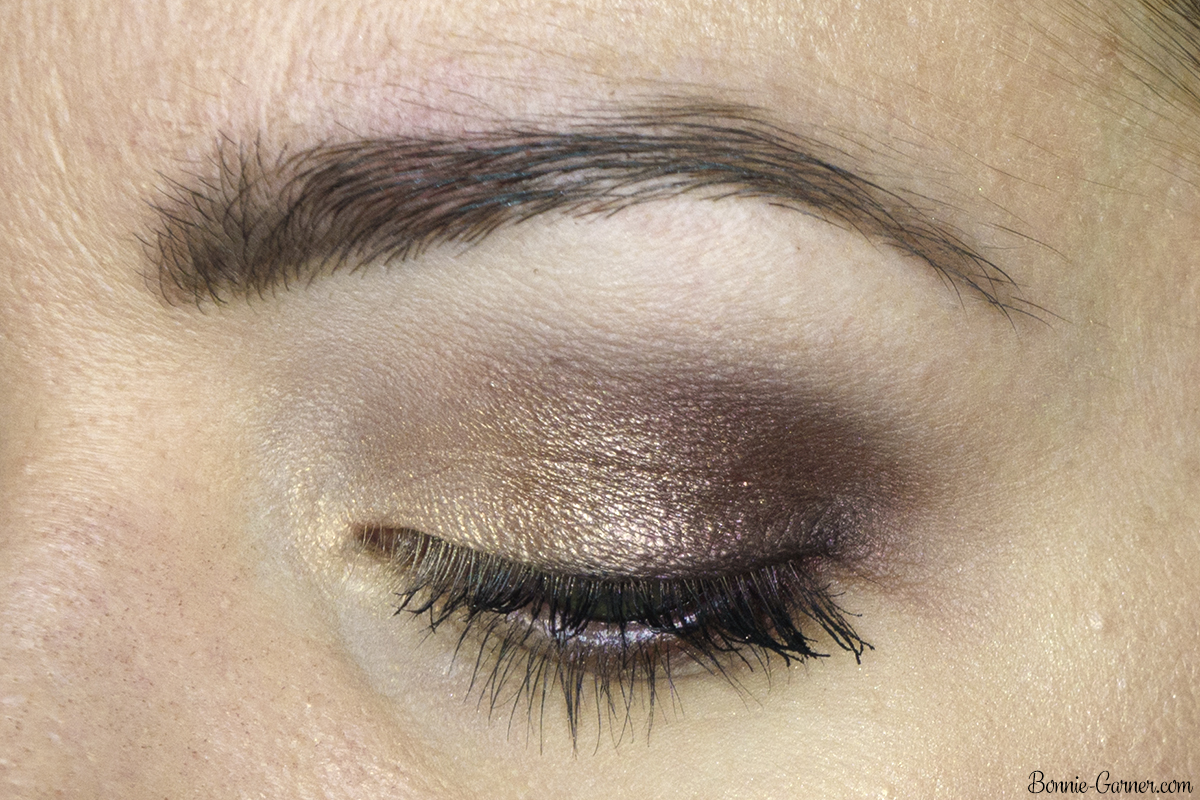 I use the palette #2 for this makeup look: Shell in the crease, Light Coral and Maroon on the eyelid. 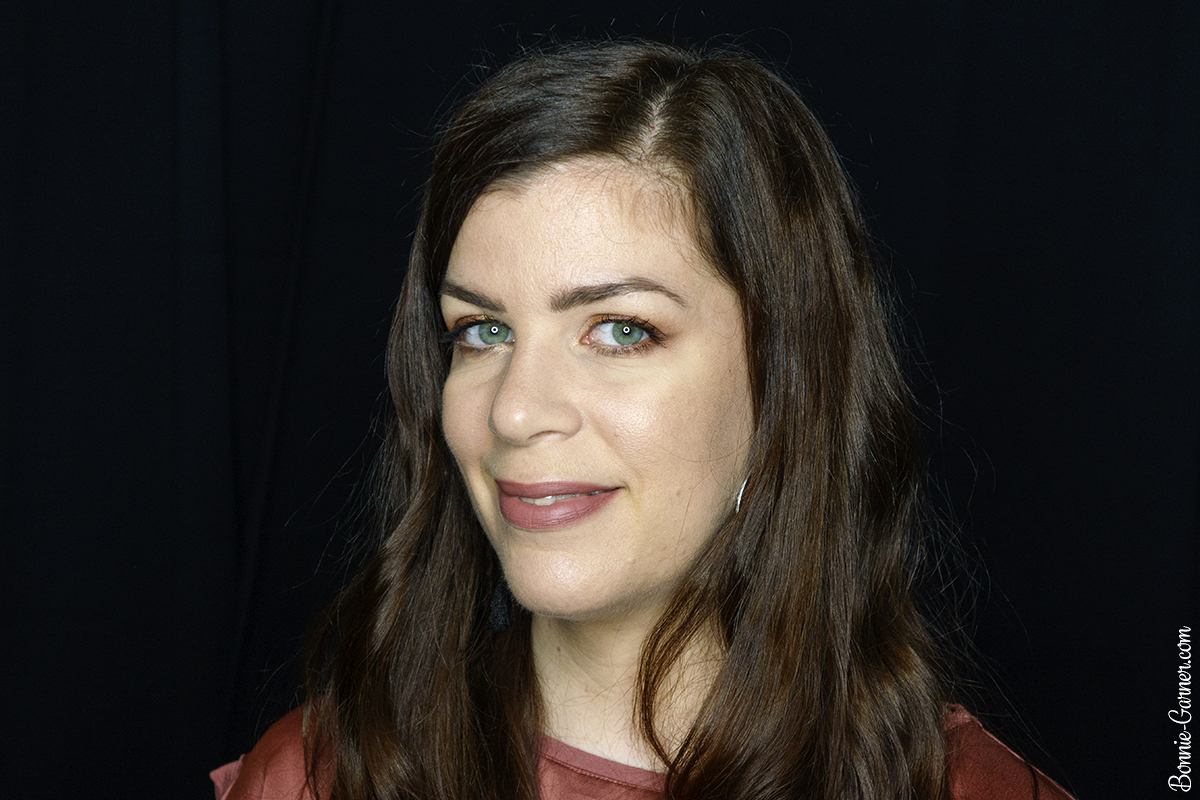 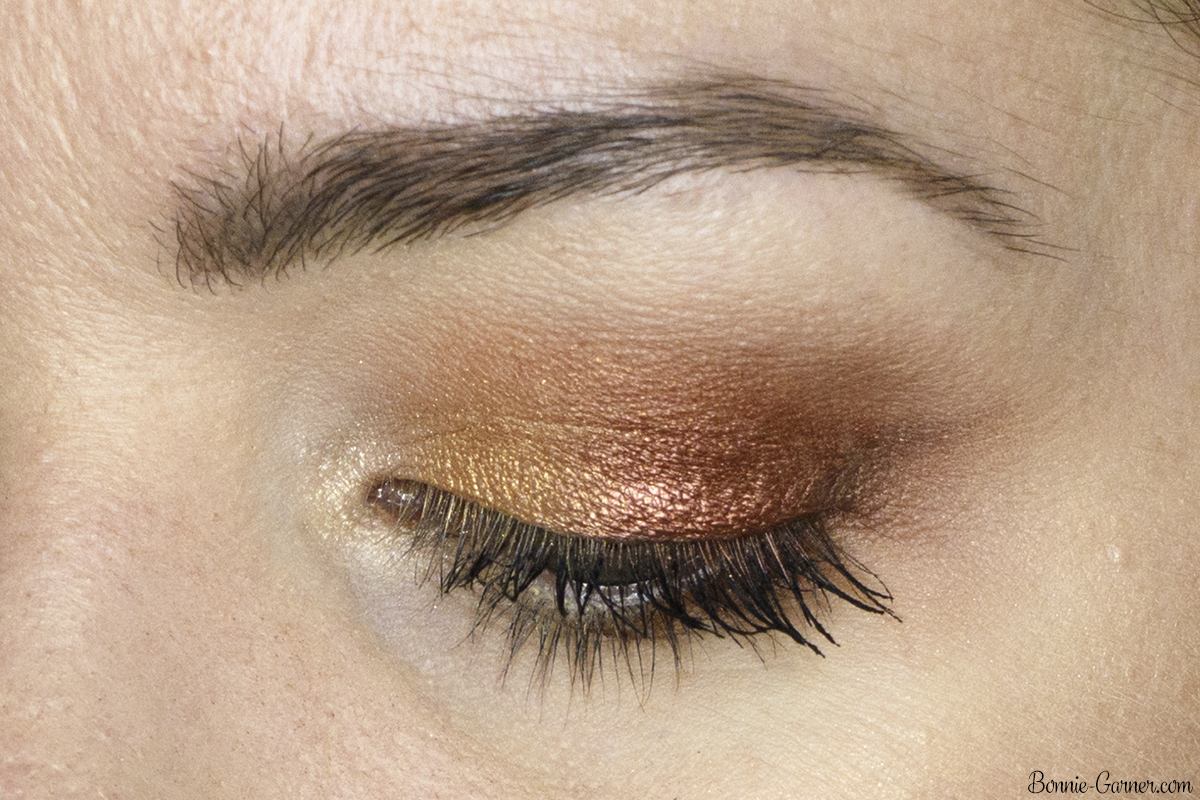 A coppery golden makeup look with the palette #4: Cool Plum in the crease, Cool Bronze and Oxide on the eyelid, and Aura in the inner corner.

- the metallic eyeshadows are stunning, they look like precious gems
- the pigmentation and coverage are insane
- the matte and satin eyeshadows blend easily
well
- they're long lasting (over 10 hours on me with a primer underneath)

- the metallic eyeshadows are so pigmented that they are not the easiest to blend
- these metallic eyeshadows can also do some fall outs
- they're not cheap (but it's true that the size of makeup is very important)
- the finishes of the eyeshadows in the palettes are not necessarily designed to work together
- you have to order online, the products are not available in store

I feel like these palettes were really made for a pro use, not necessarily to be used everyday. Which is OK if you have a lot of other matte eyeshadows to pair with them, because they can give you this beautiful and super intense touch of metallic light for a bolder makeup look. And even if I know that there are no rules in makeup and you can rock metallic smokey eyes to go to grocery shopping if you want to (I do that quite often myself), I don’t feel like these palettes are very versatile and can be used alone.

And you, have you tried the Natasha Denona Eyeshadow Palette 5? Which one is on your wishlist? wink