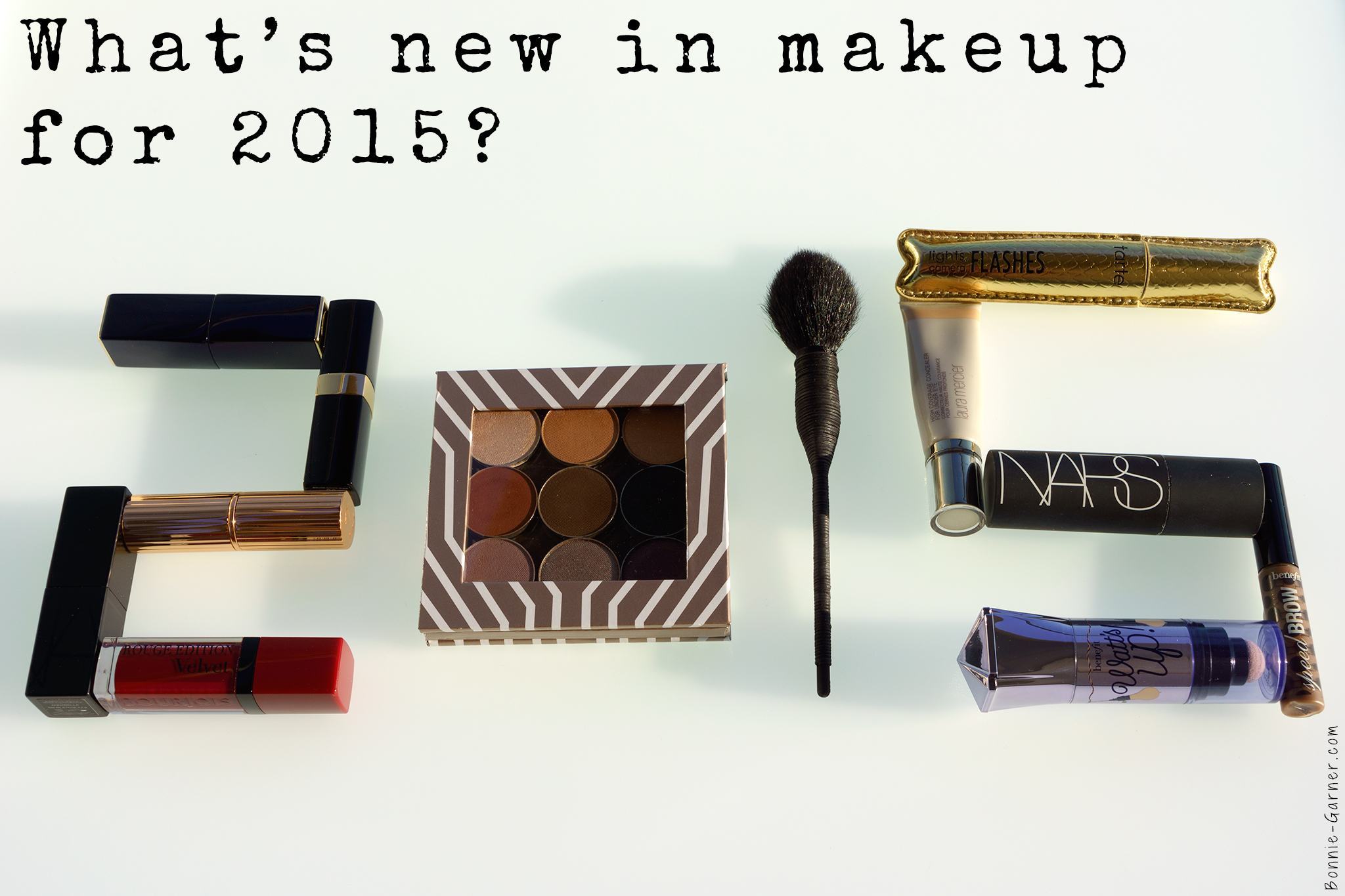 I’m not that good with the retrospective exercise… I think it’s something to do with my personality. My style is more about looking forward rather than back!
Impatient much? Well, yes obviously!

So I’m sorry, but I won’t post my best of 2014, with my favorite makeup or beauty products of the year. Anyway, I wouldn’t have been able to do it. Too many discoveries and my post would have been sooo long… Longer than my usual ones. Yes, it’s possible! wink

Anyway, for this very first 2015 post, I’d like to wish you a great year, I really hope this new year will meet all your expectations! smile

A lot of the makeup trends I’ll talk about already started back in 2014, but I personally think that the five trends below will be huge in 2015! 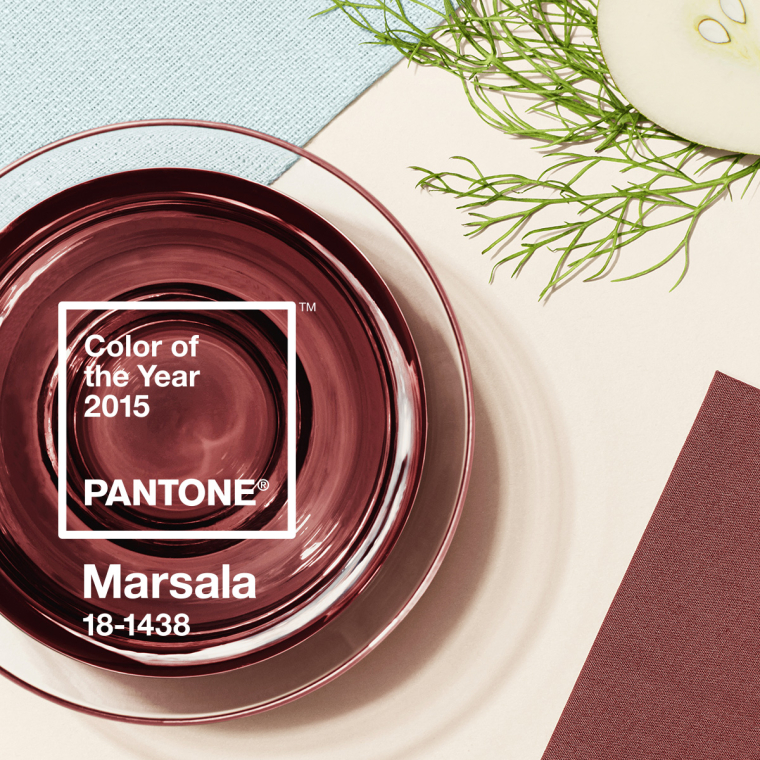 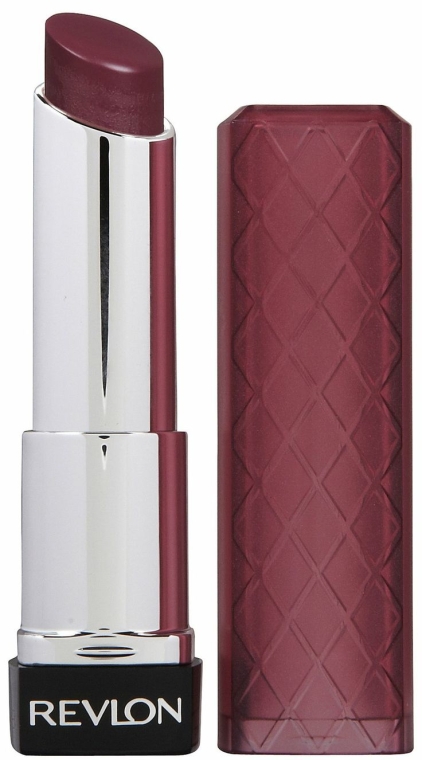 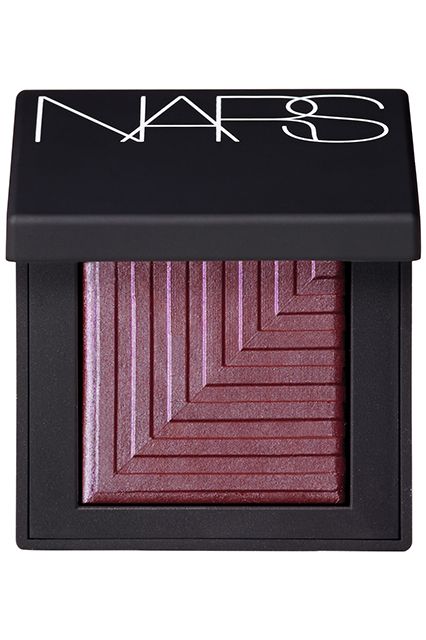 Aaaah, finally a wearable Pantone colour of the year!!! (look at the colours of previous years, just for fun, you’ll see what I mean!)(Radiant Orchid in your living room, can you believe it? Not me!)

Pantone is a colour specialist company. It’s famous for its colour charts, but it also looks closely at the world of fashion, design or even interior design for guessing the next season’s trends. Every year, Pantone elects one colour and it’s pretty sure that it will be seen everywhere. It really has a big influence on the market.  So, this year, Pantone has picked Marsala (I had already mentioned it in my post on NARS  Audacious Lipsticks).

Marsala is a colour halfway between red and dark brown, a kind of brick red/ burgundy. Marsala is described by Pantone as a ‘bold pop of neutral’, and that’s quite right. I would say that this is very ‘Kylie Jenner lips‘ inspired, don’t you think? It definitely has a 90s vibe in my opinion. It’s an earthy colour, inspired by nature but very intense. Anyway, it’s a very nice one.

So expect a Marsala wave in makeup this year, whether for lipsticks, blushes, nail polish, eye shadow… All Products really! This colour is very easy to wear, even if you may consider it more of a winter colour at first. But paired with a taupe or a goldy beige or a pale blue for example, it will be perfect for summer too!

I created a board in my Pinterest with some existing makeup products if you need a little inspiration! (yeah, OK, that was more a wish-list for me!) wink

Again, a reminiscent of the 90s makeup trend that definitely never ceases to inspire makeup brands artistic directors these days!
At the time, metallic colors like silver or gold were a big thing. I even remember some fashion shows using makeup and aluminum foil placed on the eyelids!

There was not a great choice of metallic colors until recently. Basically just silver or gold (and rosegold/copper of course, how could I forget???)
But now, we know how to make colored eyeshadows with completely metallic reflections, catching and reflecting light like their life depended on it! And yes, it’s totally wearable!

Last year, we already had a good taste of this trend with the NARS Dual-Intensity Eyeshadows. To obtain a fully metallic effect, you just have to wet your brush and the eyeshadow turned into a completely luminous and shiny product. For me, it was one of the best eyeshadow launches of 2014!

In case you want to try them, NARS will launch a palette  with eight of the Dual-Intensity eyeshadows this spring: 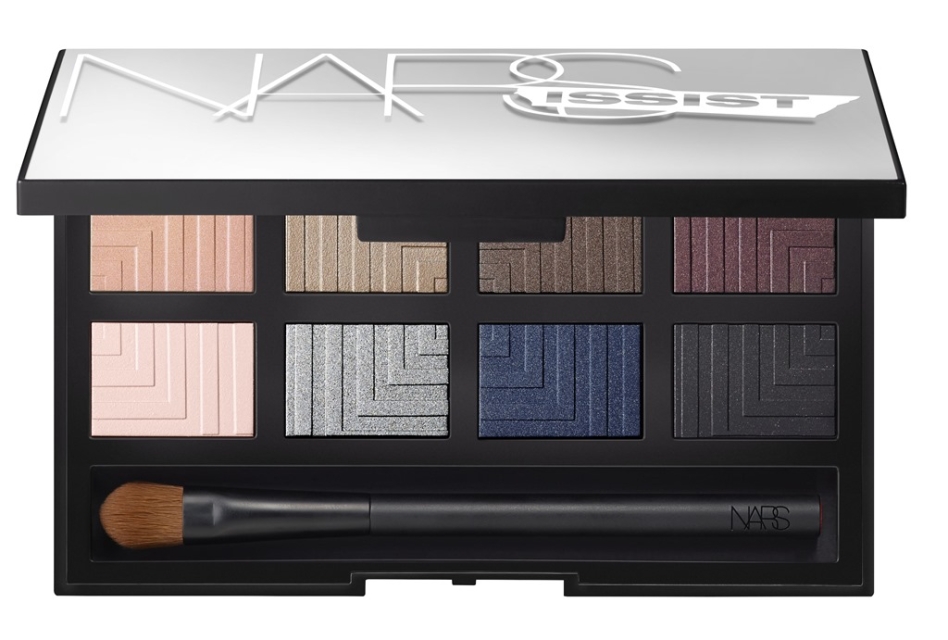 It’s already available in the USA for $79 (on NARS’s website) but not in the rest of the world until early February, I think.

Personally, I’ll try to restrain myself from buying it because it’s not exactly cheap and I still have a beautiful collection of Dual-Intensity eyeshadows.
(I just avoid to think about the fact that on the 8 shades available in the palette, I only own one)(so it’s 7 brand new shades)(and the palette has a brush in it)(but look at it, isn’t it a real beauty?)(OMG, NARS, just take my money now)

Another option for very easy metallic eyelids, because these eyeshadows can be applied without wetting your brush, the fabulous Foiled Eyeshadows by the brand Makeup Geek. Technically, they came out in late 2014 (December) but I think 2015 will clearly be their glory moment! 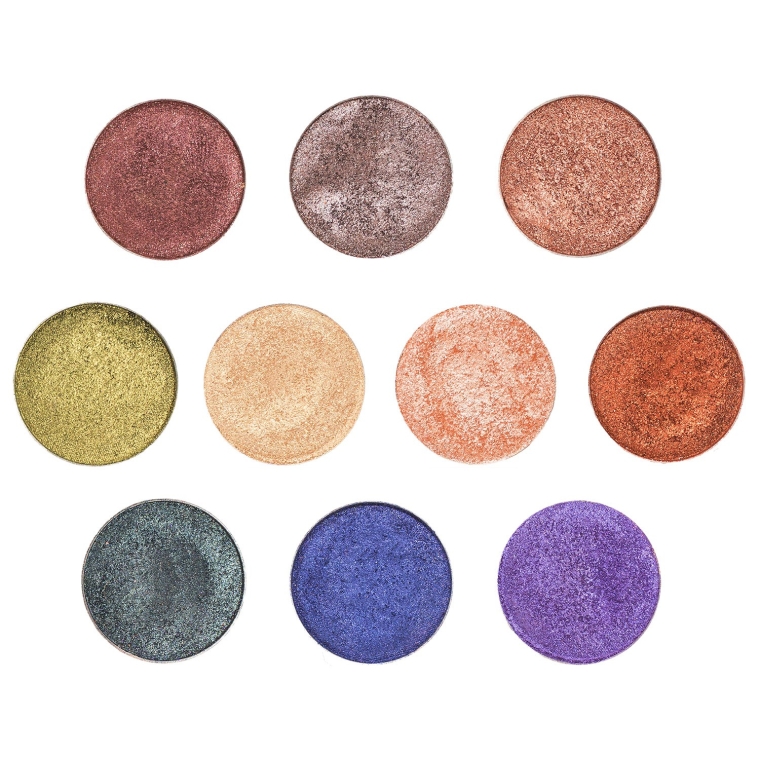 My friends, I think these eyeshadows are the best launch of the year (so far)(lol). I already tried two of the ten that exist and I re-ordered four new ones right after. They are sublime, but I’ll do a proper review about them, don’t worry! (a little teasing never hurts nobody) smile

There are also the new Artist Shadows by Make Up For Ever (the metallic version), but I didn’t try it (yet)… So many choice! 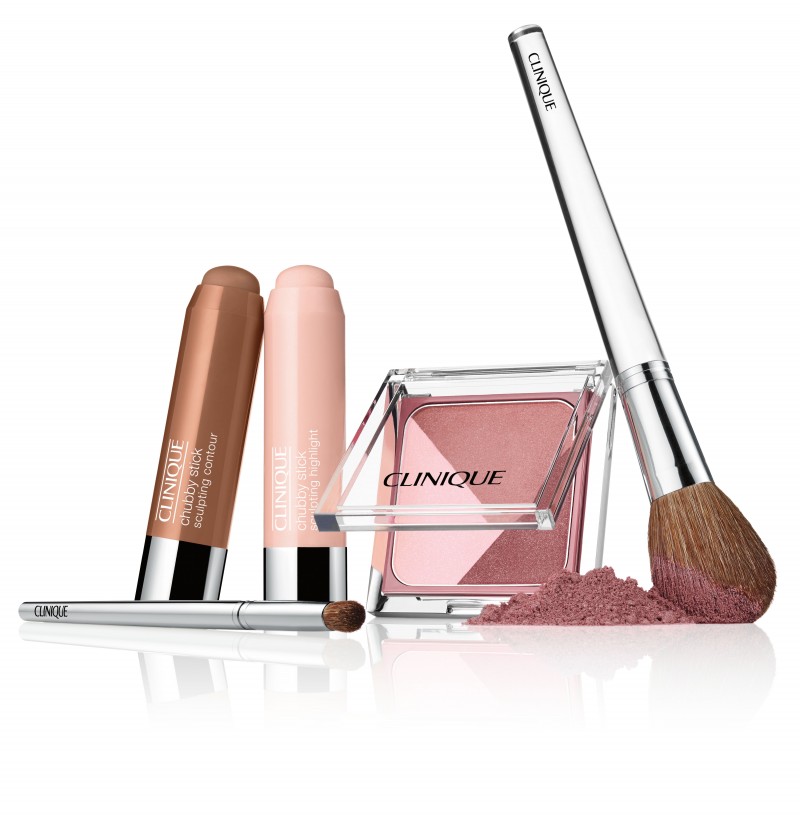 Even if I’m a big fan of contouring, this makeup technique inspired by drag queen’s makeup and very popular with the Kardashian clan, this trend is clearly a staple in makeup for several years now.

This kind of remodeling technique for the face (a darker color hollows your face and a fair color helps catch the light and give volume), will probably not be obvious to anyone who isn’t a professional makeup artist.
Fortunately, makeup brands, who recognizing the rich potential of this trend, have decided to launch a lot of easy contouring kits. An avalanche of Kim K. clones is to be expected! (great!)

The difference with all those that launched last year (which were still very professional, like Anastasia Beverly Hills, Smashbox etc) is that they are easier to use for all the uninitiated drag-queen makeup specialists out there, and there are a lot of us obviously.

Clinique will launch two new colors in its range of sticks for the cheeks, the famous Chubby Sticks and a blush/contour palette in February this year. I will probably look at them very closely when they are released, for the love of the blog reviews of course (and because I’m very curious!). 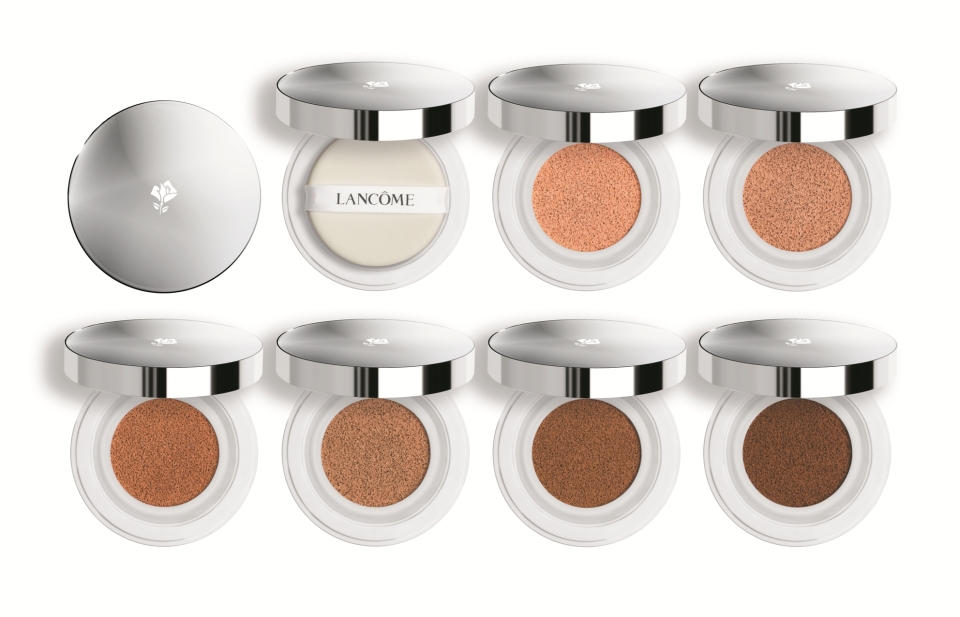 A beauty trend from North Korea and I have told you everything about it in my post Cushion Cream: the “next big thing” … or not! smile 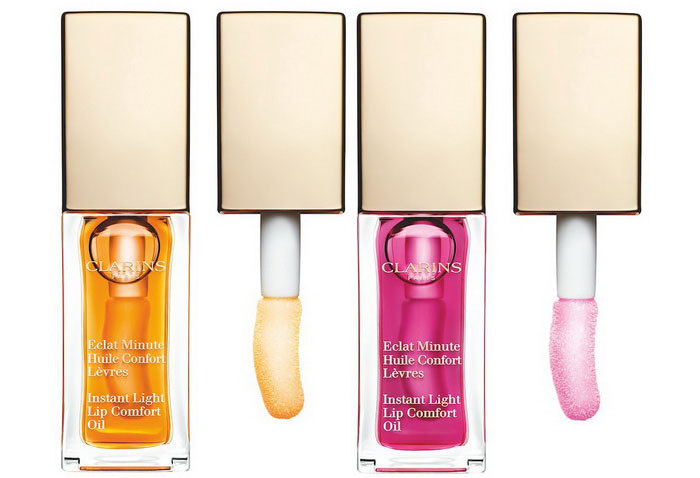 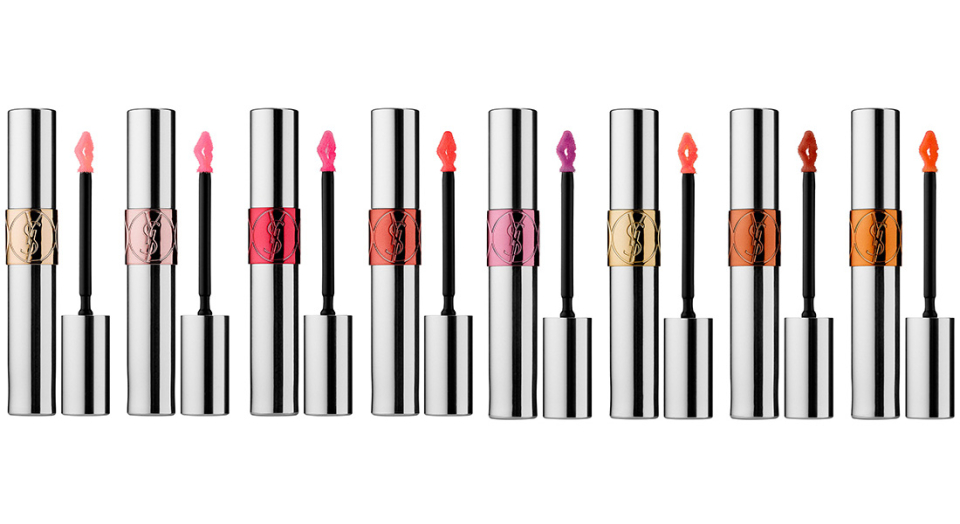 This trend is so exciting, isn’t it? An innovative new product for the lips, for a lipstick addict like me is always a big event!

This product, like lip lacquers, is a hybrid makeup product. It is indeed an oil for the lips which combines intense color and lipcare. So, it’s not really a basic tinted lip balm.

These lip oils are designed for a nourishing treatment effect while giving the lips a bright color with a great lasting power. A result made possible by a new technology that seamlessly infuses the pigments in oil, elements that normally repel each other.

Two brands will released this type of product (so far): Clarins (released in February) and Yves Saint Laurent. YSL version is already out in the US (and I may have ordered it, keep your eyes peeled for the review!)

And you, which 2015 makeup trend are you excited about?