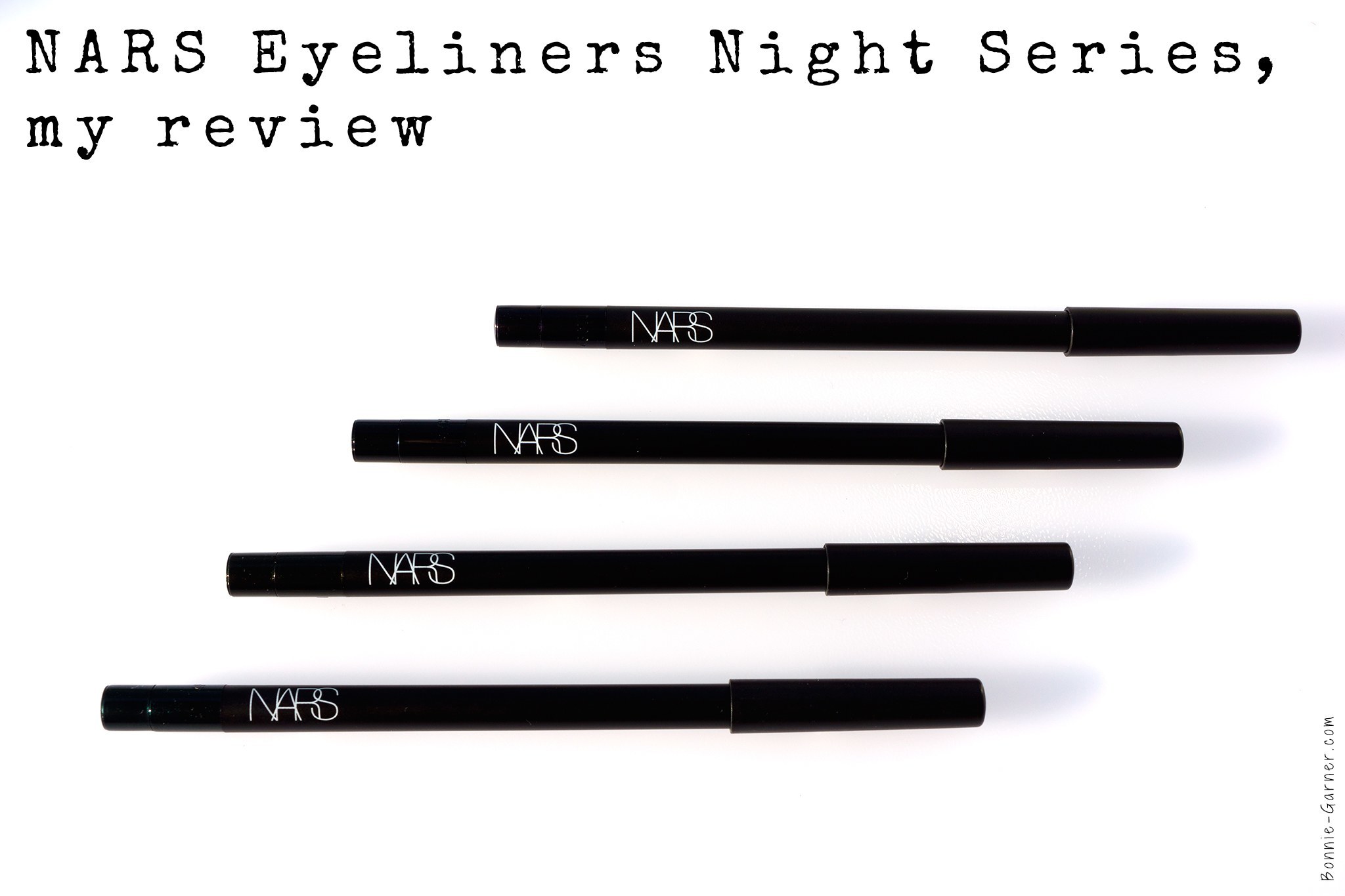 There is a first for everything, apparently. I wouldn’t have thought I would one day be disappointed by a NARS product, but that’s what happened to me with the new Night Series eyeliners*…

These four pencil eyeliners came out in the same time as the NARS Fall collection and they’re an addition to the permanent collection.
These are four black eyeliners, but each of them contains micro-pearls with a different color. 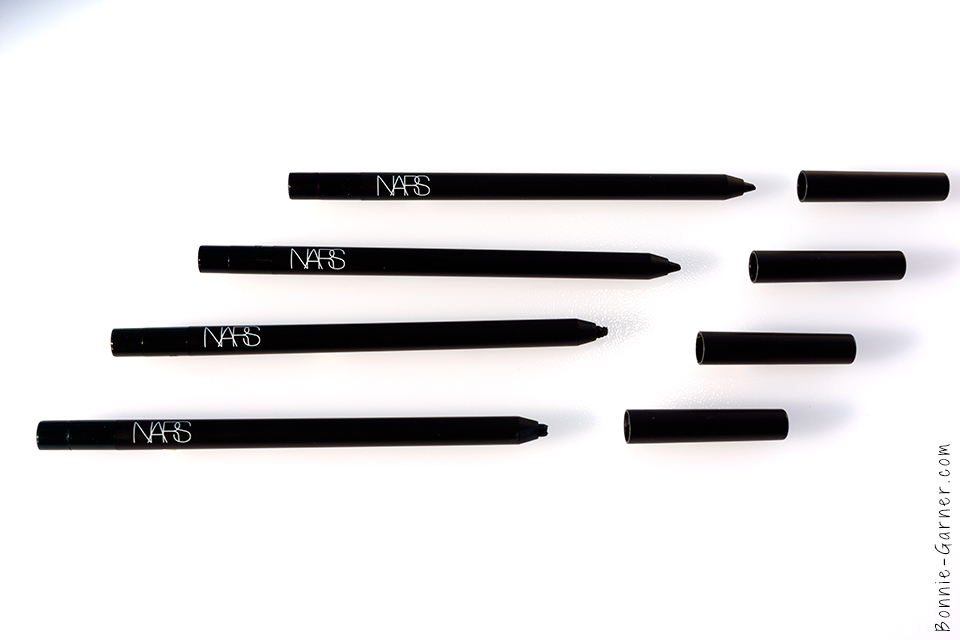 Night Bird: the first in the photo above is with violet/purple glitter

Night Clubbing: this third one has gold glitter

Night Porter: my favorite, and last in the photo above contains emerald green glitter

You struggle to differentiate them in the picture, don’t you? Looks like they are all black? Exactly. (I will tell you more about that later in the post)

On the official photo, which is of course much better than mine, it’s the same thing, the color differences are not obvious. Yes, OK, these eyeliners are black at the beginning, with colored  glitter. But still!

To give a little more detail, they are not waterproof eyeliners, but they are very long lasting well on me in any case, they don’t move and don’t smudge all day, which is great. They can be applied  along the lash line and you can blend them if you want, and also in the waterline. For me, they weren’t irritating at all.

I heard about these Night Series eyeliners on Temptalia (this website is the place to go to know what’s new in makeup, a blessing for the passionate / makeup crazy people like myself). Moreover, the site founder, Christine, didn’t love those eyeliners, finding them too stiff and hard to apply on the eyes.
However, I really loved the colors and I was still curious about them.

So I went on the day of the launch of NARS in Dubai Mall of the Emirates to buy some products I wanted, among other Dual-Intensity eyeshadows. I saw them on the counter and I swatched them on my hand.
Pleasant surprise, I found them very creamy, it slided perfectly and deposited the color on my skin really well. They even blended easily. So I told myself that Christine from Temptalia was perhaps unlucky with the ones she received…

Look at the swatches: 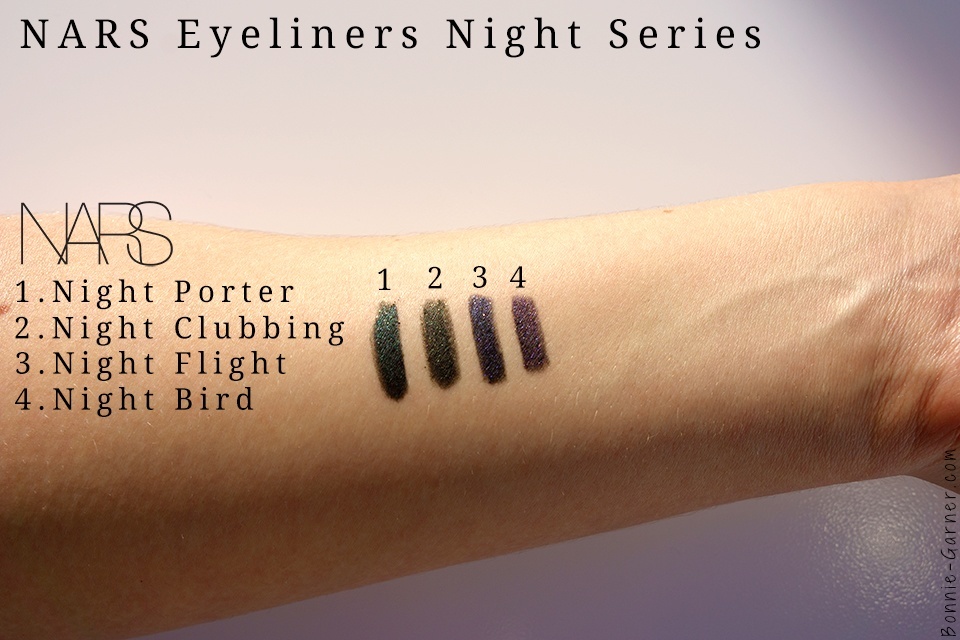 So you can see the colour differences quite well and the glitter’s shine, right?

Well the problem is that when I put them on my eyes, it isn’t obvious at all… I mean really not. It looks like a classic black eyeliner. Without the pretty colored glitter. I was so disappointed…

I bought Night Porter, the one with emerald green glitter, and really, you can barely see the green micro-pearls. Maybe if I’m under the right light and that you look carefully…
A few days after I bought this one,  I received the rest of the collection from NARS. I thought it might be different with the other colors, but unfortunately it’s the same thing. I can clearly see the glitter and the colors on my hand when I swatch them on my arm as illustrated in the above photo but nothing on my eyes, it’s difficult to explain. When I look at it after applying it on my eyes, it looks like I put a simple black eyeliner.

For example, here is Night Bird, which is the one with the glitter which is the most visible. I can see a small purple glimmer, but it’s still pretty light. (and  I zoomed) (my pores, for example, are way too big for my liking here ;P – but I can still only just see the slight purple tint) 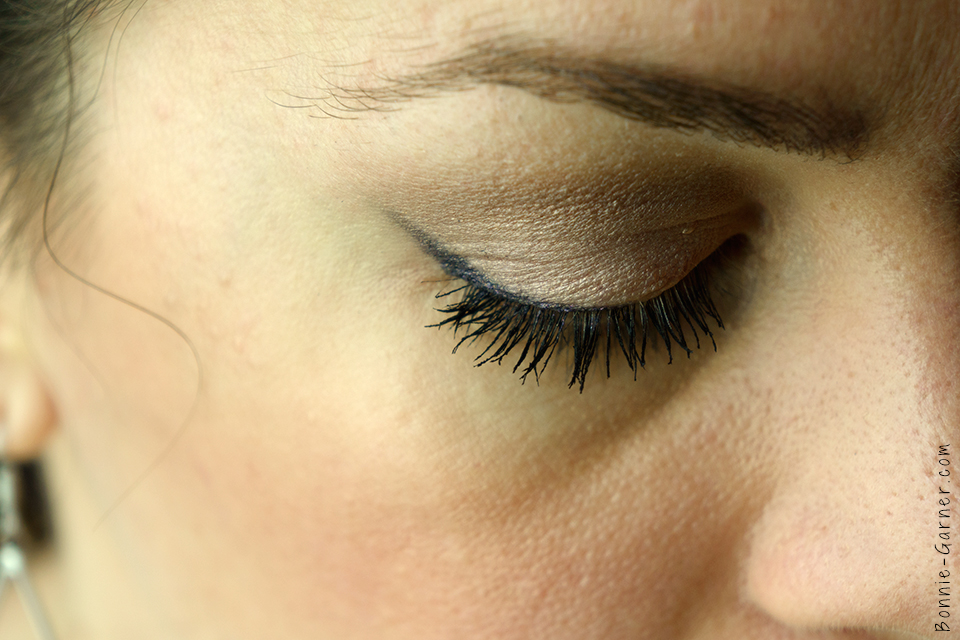 Another issue, the pencil’s lead is super fragile. It breaks super easily. It’s a 24 $ product, what a waste!

As you may have understood, I’m pretty disappointed  with this Night Series of eyeliners and even if it hurts my heart because I love NARS, I can’t really recommend them given the issues I’ve highlighted… Let’s say that in the same brand, the eyeliners Larger Than Life are such a better choice. I have used them for years, and they’re actually my favorite pencil eyeliners. And if you want iridescent reflects, I’m a super fan of the NARS Eye Paint pots and some colors are quite similar to some of the Night Series eyeliners.

- the glitter is very subtle, and not very visible on the eyes
- the colours are not obvious at all, it looks like a regular black eyeliner
- the pencil lead is very fragile and it breaks very easily, which is such a waste!

The NARS Night Series eyeliners are available on NARS website.

And you, I’m very curious to know what you thought if you’ve tried these? Feel free to leave me a comment!

*: NARS Night Series eyeliners were sent to me by the brand for consideration and I had also already bought one (Night Porter).